Are Probiotics Good For You? 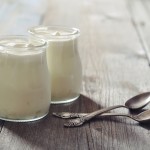 Probiotics have formed a vital part of Mediterranean and Middle Eastern diets for thousands of years, in the form of fermented milk and vegetable products such as yogurt and pickles. They are credited, in part, for the relatively low rates of chronic, age-related diseases that prevail in those regions.

Now, research is catching up with this traditional wisdom in the form of accelerated scientific investigations into the broad spectrum health benefits of probiotics. This new science, known as pharmabiotics, uses probiotic organisms as natural pharmaceutical agents in the treatment and prevention of disease along with promoting longevity. Pharmabiotics provides an almost limitless source of biologically active materials which can influence human health.

The science of pharmabiotics is based on an explosion of data about the so-called human microbiome, which is made up of the trillions of bacteria that live in our bodies. These bacteria are so intimately involved with our lives and health that they are considered a part of the human organism. With advancing technology, scientists are now able to select specific strains of organisms to accomplish precise tasks.

Probiotics are beneficial organisms, most of which are normally found in the healthy human gastrointestinal tract. Many different strains of probiotic organisms are in use, which have different but overlapping benefits. Probiotic organisms work through several interrelated mechanisms to promote health at the molecular level. They conquer potentially dangerous organisms in the intestine, reducing the risk of infection or toxin-mediated diseases. They regulate immune responses which enhance healthy reactions to dangerous infectious organisms, and they suppress excessive inflammation. Additionally, probiotics promote the function of the intestinal inner lining, enhancing its ability to act as a barrier to the entry of potentially dangerous organisms and chemicals.

All of these actions depend on a system of biochemical signals between your intestinal bacteria and the human cells that comprise the rest of your body.

When things go wrong in the balance of intestinal organisms, the consequences can be tremendous. Negative changes in the intestinal microbiome are firmly associated with chronic diseases that include inflammatory bowel disease, cancer, cardiovascular disease, and the metabolic syndrome. We now recognize that allergic disorders, asthma, and even obesity are also related to an unhealthy population of intestinal bacteria.

Due to modern diets and lifestyle, as well as environmental factors such as pollution and the irresponsible overuse of antibiotics, the beneficial bacteria in your microbiome is at risk which can lead to an increased incidence in metabolic and inflammatory chronic diseases. Even simple aging gradually shifts your intestinal bacterial population towards a disease-promoting, rather than a disease-preventing, state.

The good news is that probiotics can help restore balance and cellular communications with regard to the body’s healthy bacterial population. In the digestive tract, probiotic therapy has been used to prevent or treat lactose intolerance, intestinal infections and diarrhea, gastritis and ulcers caused by the bacterium Helicobacter pylori, colitis caused by excessive antibiotic use, inflammatory bowel diseases, and irritable bowel syndrome. They are also proving instrumental in preventing colon cancer.

All of those benefits within the intestine might be expected. But probiotics also have profound beneficial effects throughout the body, especially on metabolic and inflammatory conditions.

Overweight people have lower levels of beneficial bacteria than do slender people, and chronic exposure to unhealthy bacterial cell walls can trigger system-wide inflammation. Together these effects contribute to development of the metabolic syndrome, with its pathological disturbances in lipid and glucose metabolism.

Probiotics can favorably alter the composition and activities of the intestinal bacterial community, potentially reversing major contributors to chronic disease.

Studies show that probiotics can improve hypertension, lower total and LDL-cholesterol, and improve insulin sensitivity, all components of the human metabolic syndrome. Human and animal studies show that probiotics also attenuate non-alcoholic fatty liver disease (NAFLD) due to obesity and a high-fat diet. Probiotics may also have a major role in preventing cancers outside of the gastrointestinal tract, by several different mechanisms. Probiotic organisms can bind to potential carcinogens, promoting their excretion. They also suppress growth of bacteria that convert harmless procarcinogen molecules into carcinogens. Finally, probiotics stimulate expression of liver enzymes that detoxify carcinogens, while down-regulating those that convert harmless molecules into carcinogens. Together these effects have been shown to reduce the risk, incidence, and number of tumors in the colon, liver, and bladder.

Probiotics also modulate your immune system, an effect that has impact not only on cancer but also on your overall health status, as we’ll now see.

In recent years the enormous importance of the gastrointestinal tract in modulating the immune system has been increasingly recognized. Not only does more than 70% of the human immune system reside in the gut, but the intestinal immune system produces more antibodies than the rest of the body put together. As a result, gastrointestinal secretions are as rich as breast milk in health-supporting and disease-preventing factors.

A poorly functioning immune system is at the root of many chronic degenerative diseases. Too little response makes us vulnerable to the infections that claim the lives of so many older adults. But inappropriate overactivation can produce chronic inflammation that contributes to the litany of age-related disorders such as cardiovascular disease, diabetes, cancer, and the metabolic syndrome.

Probiotics can restore and rebalance your gut microbiome, strengthening its ability to interact with your immune system in many ways. These friendly bacteria stimulate healthy immune surveillance, boosting populations of cells that seek out and destroy infecting organisms and cancers. They upregulate inflammatory cytokines during the acute stage of an infection, cancer, or other threat to your body’s integrity, but they also contribute to suppression of the inflammatory response as the threat fades.

Bifidobacteria supplementation also suppressed inflammatory cytokine production by the intestines of elderly volunteers, reducing the burden of inflammation that contributes to cardiovascular, cancer, and metabolic disease risk, and thereby early death. Intriguingly, animal studies demonstrated a significant increase in longevity in supplemented mice. Similar studies in humans are eagerly awaited, offering as they do a means for selecting specific probioticsto prolong human lifespans.

Many people have frequent minor digestive symptoms such as bloating, gas, and periodic constipation, all of which, while not dangerous, appreciably reduce comfort and quality of life. Several recent studies demonstrate significant improvements in measures of gastrointestinal wellbeing, decreases in digestive symptom scores and bloating, and increases in health related quality of life during bifidobacteria supplementation.

The much more dangerous inflammatory bowel diseases ulcerative colitis and Crohn’s disease are the source of untold misery and a major risk for colon cancer. Because of their ability to fight inflammation, bifidobacteria supplements have received special attention in managing these conditions.

Bifidobacteria supplements enhance the “tight junctions” between intestinal cells that allow leakage of dangerous organisms and their products into the bloodstream in ulcerative colitis. They also alter the intestinal environment, making it unfavorable for organisms that trigger episodes of colitis. Clinical studies show marked improvements in symptoms of inflammatory bowel diseases with bifidobacteria supplements.

Bowel inflammation is a major risk for colon cancer, the third most common cancer in the world. Bifidobacteria supplementation lowers levels of a number of biological markers of colon cancer risk in patients with colitis. It also blocks development of new tumors in an animal model of toxin-induced colon cancer. More definitive human studies remain to be conducted, but indications are bright for bifidobacteria as potent cancer-preventing pharmabiotic agents.

There are many strains of beneficial bifidobacteria, all of which have related, overlapping benefits. One challenge to development of effective supplements has been to keep cultures of the organism stable, and to deliver them alive to the colon after surviving the extreme conditions of the stomach and small intestine.

A strain of bifidobacteria, called BB536®, appears to meet that challenge, and to have unique benefits throughout the body.

The BB536® strain of bifidobacterium logum has been shown to increase the numbers of bifidobacteria living in the colon. That increase allows BB536® cultures to produce marked effects on intestinal, and whole body, immune responses, with potentially far-reaching impact.

BB536® has been most extensively studied in Japan, where subjects with reactions to cedar pollen experience typical allergic symptoms of sneezing, runny nose, and itchy eyes. This condition, Japanese cedar polinosis, is far from deadly, but offers insight into the ability of BB536® to modulate immune responses by multiple pathways.

Studies show that BB536® can prevent infection with the deadly Pseudomonas organism in mice with weakened immune systems. And humans who supplemented with BB536® showed a reduction in numbers of a dangerous strain of the bacterium Bacteroides fragilis in their intestines.

BB536® may also reduce cardiovascular risk factors, though data are preliminary to date. Supplements were effective at lowering plasma LDL cholesterol in women with elevated lipid levels in an early trial.

Age and the modern environment pose grave threats to the balance of favorable organisms in your intestine indicating a benefit to those who supplement with healthy probiotic cultures. The bifidobacteria are an especially active group of probiotic organisms, with beneficial effects on the immune system and chronic disease.