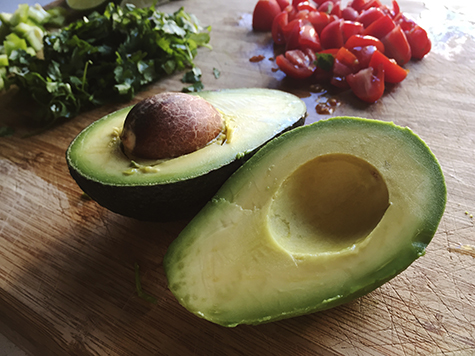 Adding a half of a fresh avocado to lunch helped healthy, overweight people feel fuller and reduced their desire to eat between meals, U.S. researchers say.

Study leader Dr. Joan Sabat of Loma Linda University and colleagues compared the effects of incorporating fresh Hass avocado into a lunch — either by replacing other foods or by simply adding it to the meal — among 26 healthy, overweight adults.

The study, funded by the Hass Avocado Board and published in Nutrition Journal, found study participants who added half of a fresh avocado to their lunch reported a significantly decreased desire to eat — 40 percent over a 3-hour period, and 28 percent over a 5-hour period after the meal, compared to their desire to eat after a standard lunch without avocado.

The researchers reported increased feelings of satisfaction by 26 percent 3 hours following the meal.

“Satiety is an important factor in weight management, because people who feel satisfied are less likely to snack between meals,” Sabate said in a statement. “We also noted that though adding avocados increased participants’ calorie and carbohydrate intake at lunch, there was no increase in blood sugar levels beyond what was observed after eating the standard lunch. This leads us to believe that avocados potential role in blood sugar management is worth further investigation.”

The findings were generally positive, but more research is needed to determine whether the conclusions drawn from this study can be applied to the general public, Sabate said.