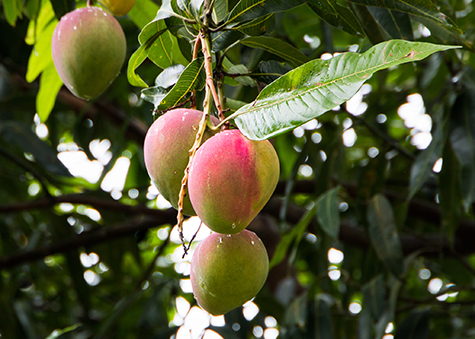 For a while now, many of my patients have asked me about a product called African Mango for weight loss.  They’ve seen it all over the internet, read about it in magazines and heard about it from television talk shows.  It’s touted to significantly reduce body weight, improve cholesterol and blood sugar.  So, I thought I’d tell my readers about this substance and let you decide for yourself if you’d like to try it.  Here’s what I’ve learned about it…

Why is Everyone Talking About African Mango?

A few years ago, news about a seed extract from the African plant “irvingia gabonensis” and its reported weight loss properties began to hit the internet.  Yet, villagers in that area had used this African rainforest plant for hundreds of years for its many medicinal properties.  Today, this extract is more commonly known and marketed in the United States, and around the world, as African Mango.  Scores of people have reported weight loss success from taking it.

Manufacturers of African Mango claim that you can shed unwanted body fat – especially belly fat – increase your energy levels and detoxify your body with 2 capsules taken 3 times a day before breakfast, lunch and dinner.  They claim that it decreases appetite, increases metabolism, lowers blood sugar levels, reduces fat cell growth, breaks down fat from existing deposits of fat, sequesters it and removes them through elimination.  It’s also said to lower cholesterol levels as well.  One manufacturer’s website claims that people who took African Mango lost 8.9 pounds of body fat and 2.4 inches off their waistlines in just 28 days. Doctors’ quotes on some websites even recommend studying irvingia gabonensis for its lipids-lowering effect.

Okay, that’s the hype. Now, what’s the real story about irvingia gabonensis, or African Mango? Well, the U.S. National Institute of Health’s PubMed published a study on the extract from a journal in 2009, Lipids in Health and Disease.  The researchers, from the Faculty of Science of the University of Yarounde, Camaroon, did a randomized, double-blind placebo controlled investigation on irvingia gabonensis.  They studied 102 overweight or obese people divided into 2 groups.  One group was given 150 mg of pure IGOB131 (irvingia gabonensis 131) 30 minutes before lunch and dinner.  The other group was given an inert placebo.  The participants were then tested at 4, 8 and 10 weeks of the study.  Their results showed that the participants not only lost a significant amount of weight with decreased waist circumferences, but they showed significant improvement in total cholesterol, especially LDL (bad) cholesterol.  They also showed improvements in their C-reactive protein levels (a marker for dangerous inflammation in the body), blood glucose levels as well as adiponectin and lectin (hormones associated with weight loss) in comparison to the placebo group who showed no changes.  The researchers concluded that “Irvingia gabonensis extract may prove to be a useful tool in dealing with the emerging global epidemics of obesity, hyperlipidemia, insulin resistance, and their co-morbid conditions.”

Should You Try African Mango?

From reading these studies, you’d conclude that African Mango is a miracle plant product that can cure the woes of increasing obesity and maybe even work as a natural cholesterol-lowering agent.  But you might be wondering, are there side effects? The two studies cited above don’t mention any side effects and manufacturer’s websites say that African Mango is “safe and well-tolerated”.  That’s not exactly the same as stating it has no side effects.

A separate study done in 2013, published in the Journal of Dietary Supplements,took a second look at the reporting quality of the several studies done on IGOB131 – the RCT’s, or randomized controlled trials.  In this study, researchers from the University of Exeter in the United Kingdom found that many of the RCT’s on irvingia gabonensis were “poorly reported”.  They also noted some side effects – such as headache and sleep difficulties.  These researchers concluded that because of the poor reporting quality of the RCTs, the effects of irvingia gabonensis on body weight and related parameters are unproven, and cannot be recommended as a weight loss aid.

Whose right?  Well, the results of 1, or even 2, studies don’t necessarily mean you should completely bank on their findings.  Yet, when several studies report basically the same – as has occurred with irvingia gabonensis (weight loss, lowered lipid levels), then conclusions can generally be made from such positive results.  As for the reported side effects of headache and sleep difficulties – everyone reacts differently to substances and you may not experience them. Some people may have an allergic reaction to it, which may be mild or severe.  If you experience any uncomfortable side effects like itching, rash, or shortness of breath, see a doctor immediately.

If you’re overweight with stubborn belly fat you may want to give African Mango a try and see how it works for you.  Be sure, though, that it’s a quality product that uses 150 mg of IGOB131 that was used in all the studies.  It will also help if you cut down/out high glycemic foods such as white bread, pasta,  refined sugar, white potatoes, white rice, and stick to protein, low sugar fruits and eat more vegetables. And as I always recommend, regular exercise will help you lose weight and stay fit in general.