9 Things Everyone Should Know About Coffee 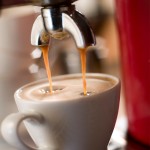 Joe, java, go-go juice, nectar of the gods. Whatever you call it, coffee can be your best friend. These days it seems like there’s a coffee shop on every corner, just waiting to deliver the delicious, caffeinated beverage ready to get you going (and keep you going during long shifts!).

As much as we know (and love) about the beverage, we found nine facts about coffee you may not have heard before. Which are news to you?

1. Creamer can keep your coffee warmer longer
Whaaaa? Doesn’t this go against the laws of physics? Shouldn’t pouring cold cream into your hot drink inherently cool it down? Not exactly.

While adding creamer will immediately lower the temperature of your drink, it turns out there are three reasons adding cold cream keeps your coffee warmer for a longer period of time, according to theKitchn.com.

The first is that because black coffee is darker, it emits heat faster than a lighter drink. The second comes from the Stefan-Boltzmann law, which states that hotter surfaces radiate heat faster. Finally, thicker liquids (like coffee with cream) evaporate more slowly, meaning less heat is lost through evaporation. So it might be worth it to add some creamer to your coffee on particularly hectic shifts!

2. You think folks drink more coffee these days than they used to? Think again.
According to journalist Murray Carpenter (who literally wrote the book on coffee), our grandparents drank twice as much coffee as we do – meaning they used twice as many beans (therefore, more caffeine). They just didn’t make as big of a deal about it as we do.

“We think of ourselves as coffee lovers,” Carpenter told MotherJones.com “For [our grandparent’s] generation, it was just like, yeah, gimme a cup of coffee.”

3. Coffee can make you less likely to develop late-life dementia
Good news: a 2009 study found that drinking coffee in mid-life leads to a lowered chance of developing late-life dementia and Alzheimer’s disease.

4. Drinking coffee can improve your exercise routine
“Caffeine has been well-known to be a beneficial drug to use during sport. It’s been studied for many years over a variety of different types of sports; it will improve your performance,” said Matthew Ganio, director of the University of Arkansas Health Performance Laboratory, according to NPR.

However, Ganio also stresses that you want to be sure to take the right dose, which depends on body mass.

5. There’s no standard amount of caffeine in a coffee cup
When it comes to taking that right dose, it can be a bit hard to tell how much caffeine you are getting from your coffee. Caffeine levels vary from cup to cup, even if you get them from the same source.

In fact, a researcher once ordered the same blend of coffee from the same Starbucks for six days  and found the caffeine levels in the cups varied more than twofold.

6. We don’t really know how good (or bad) caffeine is for us
Studies come out often that point one way or the other, but Carpenter notes in the MotherJones.com article that it really depends on the person and how caffeine affects them.

“It can be more effective than I had any idea, in terms of improving your alertness, your cognition, your athletic ability,” he said. “It can have stronger more acute effects on sleep and anxiety than I’d imagined. It can be terrific. I think it’s important that everybody recognize how much is good for them, what it does for them when they take it, what they feel like when they don’t take it, and experiment.”

7. Coffee affects different people differently
The experimentation Carpenter mentions in the quote above depends highly on how individuals react to caffeine.

“When doctors talk about moderate caffeine use, they talk about somewhere in the range of 300 to 400 milligrams, he said. “Most coffee drinkers tend to be in that range. Beyond that: 300 milligrams to one person might be perfect, but it might send another one through the roof. It varies so much, depending on your size, if you’re a smoker, if you have a genetic predisposition to metabolize caffeine slowly. It would be foolish to say X is the perfect amount or X is too much.”

8. Coffee can be a real addiction
If you like to joke about your coffee addiction, you may want to keep in mind that researchers are now finding that caffeine addiction is not only real, it can lead to physical and emotional problems. The term is caffeine use disorder, and remedies are currently being developed.

9. You are not alone
And to end on a positive note, know that you are not alone in your coffee consumption. It is reported that 83 percent of adults in America drink coffee. So go ahead, pour yourself another cup before your shift…you’re in good company!