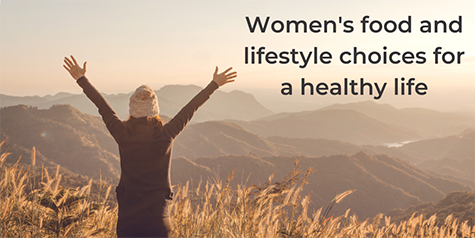 Knowledge is power when it comes to the leading women’s health issues, such as heart disease, breast cancer and infertility. When you understand the role of your diet and lifestyle and put recommendations into practice, you’re in a much better position to prevent or beat common health issues.

Luckily, what’s good for one aspect of health—such as eating plenty of colorful vegetables, berries, healthy fats and high-quality, clean proteins—will likely help other aspects of your health, too. You’ll see that here as you read experts’ diet and lifestyle advice for common health concerns of women. 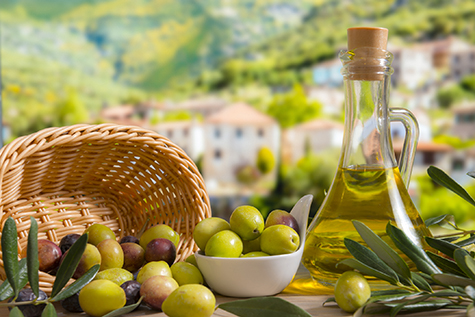 Heart disease and stroke are the number-one and number-three causes of death, respectively, for American women. “A woman’s risk for heart disease and stroke goes up dramatically after menopause, quickly becoming equal to that of a man at the same age,” says Mark Houston, MD, director of the Hypertension Institute in Nashville, Tennessee, and author of What Your Doctor May Not Tell You About Heart Disease (Grand Central Life & Style, 2012).

What to do: “Avoid white foods, such as plain white rice and bread (but not cauliflower, fish, mushrooms and white beans) and sodas and other sugar-sweetened foods,” Houston says. “These high-glycemic-index and refined carbs can raise triglycerides, increase plaque formation in arteries and cause inflammation of arteries, particularly inyour heart.”

What about fat? “Traditionally we were taught that saturated fats are a primary dietary risk factor for heart disease, but new research suggests they play a smaller role compared to refined carbohydrates,” Houston says. “Still, you should limit saturated fat and avoid trans fat.”

What to eat: Houston recommends a Mediterranean-style diet, including EVOO and eating 10 to 12 servings of colorful veggies and fruits daily, with the majority being vegetables. Fruit should be mostly organic berries, such as blackberries and blueberries. If you eat meat, opt for organic, and eat wild-caught omega-3-rich fish, such as salmon and sardines.

About one in eight American women develops breast cancer in her lifetime. An estimated 5 to 10 percent of breast cancers are inherited and several other uncontrollable factors, such as getting older or starting menstruation before age 12, also increase risk. Still, many risk factors are under your control.

What to do: Lifestyle factors linked to increased risk of breast cancer include lack of exercise, obesity, eating processed meats and drinking alcohol, especially in excess. Other risk factors are emerging.

A topic sometimes debated is the role of soy foods in breast cancer. Some suggest to “…avoid soy foods, especially highly processed ones such as soy sauce and soy protein isolate and concentrate,” Blaylock says. “They can stimulate an enzyme called aromatase, which is a major breast cancer promoter.” 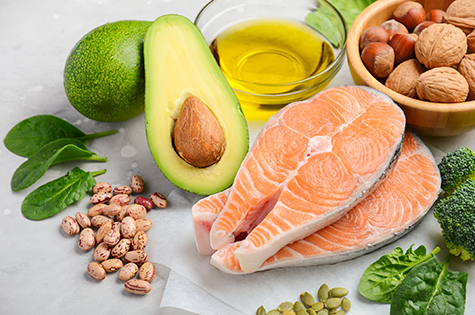 Autoimmune disease afflicts 50 million Americans, more than 75 percent of whom are women. In autoimmune disease, your immune system attacks your body’s tissues, resulting in diverse illnesses based on what is attacked, such as your gut in Crohn’s disease or your thyroid gland in Hashimoto’s thyroiditis.

What to do: Inflammation resulting from a highly vigilant immune system is at the heart of autoimmune conditions. “I like to try an anti-inflammatory elimination diet in patients with autoimmunity,” says Lisa Shaver, ND, LAc, co-owner of Everyday Wellness Clinic in Portland, Oregon. “For one to three months, people eliminate certain proinflammatory foods, such as gluten (a protein in wheat, rye and barley), dairy, sugar, soy, corn and nightshade vegetables (such as tomatoes). This can help identify food sensitivities that may trigger an immune system reaction and worsen autoimmune symptoms.”

However, Shaver warns that you shouldn’t eliminate gluten unless you’ve been tested for celiac disease, because testing is inaccurate when you’re on a gluten-free diet. Shaver also recommends supplements, such as vitamin D3, needed for proper immune function, and probiotics, which she tailors to a person’s needs. Disruption of the makeup
of gut microbes has been linked to most autoimmune conditions. Healthy gut microbiota supports your immune system. 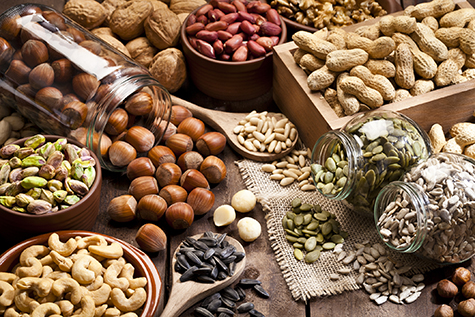 Alzheimer’s disease is the fifth leading cause of death in American women. New research led by Dale Bredesen, MD, at the Buck Institute for Research on Aging in Novato, California, and the University of California, Los Angeles, suggests that using diet and lifestyle to improve your body’s biochemistry may prevent, reverse or slow
Alzheimer’s disease progression.

What to do: “Five key lifestyle changes may help reverse cognitive decline, and diet tops this list,” says Bredesen, who wrote The End of Alzheimer’s (Avery, 2017) based on his research. “Brain scans of people with Alzheimer’s disease show that their brains don’t handle carbs [glucose] well, but they can better utilize ketones [made from fat] for energy.”

So, he recommends a ketogenic diet, which is high in healthy fats and low in carbohydrates. The diet restricts grains, especially gluten. It’s also important to have at least a 12-hour fast between finishing your evening meal and eating breakfast the next day. This helps put you into ketosis and promotes a clean-up process in your brain that removes dysfunctional cells.

The other four lifestyle changes Bredesen recommends are 30 minutes of exercise daily, eight hours of good-quality sleep per night, stress management techniques and brain exercises, such as those offered at brainhq.com. He also recommends supplements—such as curcumin, liposomal glutathione and magnesium—based on a person’s blood test results.

What to eat: Bredesen recommends a diet heavy on whole plant foods and emphasizes healthy fats (avocados, nuts, seeds and olive oil), while limiting carbs to mostly nonstarchy vegetables and low-glycemic, whole fruits such as berries. Mediumchain-triglyceride (MCT) oil may be used to help make ketones. 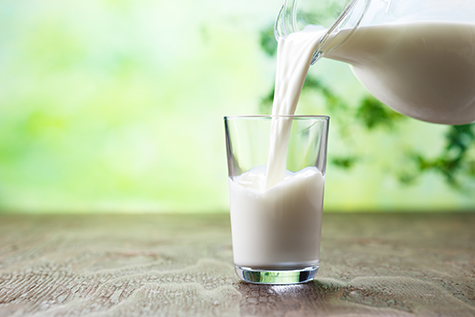 According to the National Osteoporosis Foundation, about one in two women over the age of 50 will break a bone because of osteoporosis, a disease that weakens bones. What to do: “Don’t wait to protect your bones,” says Laura Kelly, a doctor of acupuncture and oriental medicine, and coauthor of The Healthy Bones Nutrition Plan and Cookbook (Chelsea Green, 2016). “The disease process may start to manifest at age 30. You still have good levels of estrogen at this age, so your efforts to preserve bone through exercise and diet can be more impactful.” Still, you should take protective steps regardless of your age.

“Preserving bone health requires getting combinations of certain nutrients, including calcium, magnesium, vitamin D, vitamin K2 and trace minerals, such as boron and silica, among others,” Kelly says. “Think about what foods you’ll eat over the course of a day that will supply each of these nutrients.”

Also, ask a functional medicine practitioner to test your nutrient levels and genetics to find out what nutrients you’re getting enough of for bone health and what’s more challenging for you based on your genetics, Kelly says. 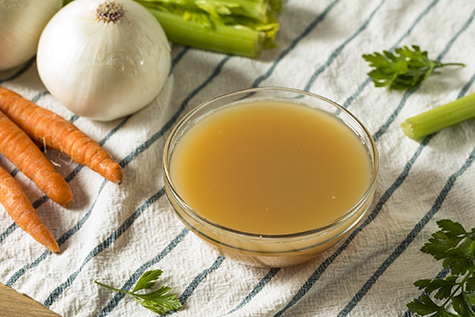 About one in ten American women ages 15 to 44 have trouble getting pregnant or staying pregnant, according to the Centers for Disease Control and Prevention. Many factors that you can control are linked to infertility, such as smoking, drinking too much alcohol, poor stress coping, obesity and poor eating habits.

What to do: “If you’re trying to create another life, you need to eat what we’re made of—protein, fat, and nutrient-rich veggies and fruit—not processed, packaged foods,” says Aimee Raupp, LAc, author of Yes, You Can Get Pregnant (Demos Health, 2014) and owner of Aimee Raupp Wellness Centers in New York.

Research bears this out. In a recent observational study of around 6,000 women, those who ate no fast food had a 41 percent lower risk of infertility compared with women who ate fast food four or more times per week.

“It’s also important that women take a prenatal vitamin supplement that contains methylfolate [the active form of this B vitamin] rather than folic acid, plus a high-quality omega-3 fish oil supplement and likely vitamin D [which is a hormone precursor], based on blood testing,” Raupp says. “Women also should be evaluated for an underactive thyroid gland and gluten sensitivity, which can impact fertility.”

What to eat: Raupp recommends eating non–genetically modified and organic foods free of artificial ingredients, including at least five servings of vegetables a day; fruit instead of sweetened foods; high-quality meat, poultry, eggs and bone broth from pastured, grass-fed animals; low-mercury, wild-caught fish such as salmon; and fermented foods, such as full-fat yogurt and sauerkraut.

This post (or portions of this post) was provided by New Hope Network. I am a member of the New Hope Influencer Co-op, a network of health and wellness bloggers committed to spreading more health to more people.