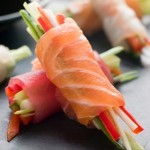 With a little planning and a few minutes for assembly, there’s no reason why you can’t enjoy healthy snacks on the job. The 110 fixings that follow go way beyond the standard carton of yogurt or energy bar, making it far less likely that you’ll be derailed by the donuts that show up at your desk. Even the options here that may seem like a splurge are acceptable because they’re small. So, when you pack your next snack, expand your options (not your waistline) and, yes, indulge!

Snack-on-a-stick
There’s something about a skewer that makes food fun—and easy to eat on the run. Look for small bamboo skewers in the grocery store (if you can’t find them, cut the long ones into snack-size sticks). Here are 12 kabobs worth a try:

These days, the frozen and prepared food sections of most grocery stores offer a wealth of delicious snacks—many of them are billed as hors d’oeuvres, but they’re just as good between meals as before. Some may require a few minutes in the microwave, but no more effort than that. (If it’s a frozen snack, prepare as per package instructions while you’re getting ready for work, wrap in foil, then enjoy at room temperature later.) Some to look for:

Between the (little) bread
Mini sandwiches, made with perfectly proportioned “bread,” are just-right packages to grab and eat when you have only a few minutes to spare. Here are scrumptious, out-of-the-ordinary ideas:

Skinny snacks (100 calories or less)
There’s a reason why so many food companies have created a 100-calorie snack pack: It’s just enough to keep you satisfied without adding extra pounds. 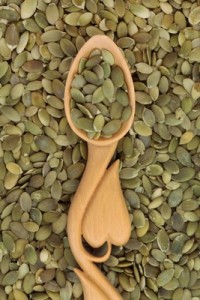 Substitutions for old standbys
Even tried-and-true snacks like a carton of yogurt or a handful of almonds can get old if you have them day after day. Here are some tasty alternatives:

One way to see if your snacking has gotten out of hand is to write down everything you eat for three days. “Then turn the trained eye you use on your patients on yourself so you get a reality check,” says Nelson. “Make sure you eat before you go to work, then actually take your break and eat something decent, instead of spending the time charting then grabbing something from the vending machine.”