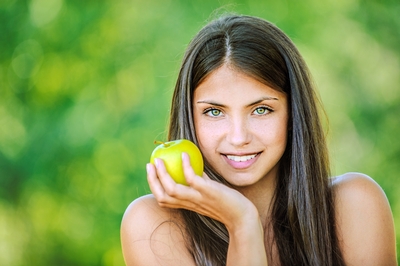 Last month the American Academy of Anti-Aging Medicine (www.a4m.com) held its 20th Annual World Congress on Anti-Aging and Regenerative Medicine in Las Vegas. The four-day conference was packed with presentations from some of the country’s top experts in the field of anti-aging medicine, nutrition, cardiovascular health, brain fitness, neuropsychiatry, and medical research.The exhibit hall was filled with companies producing diagnostic tools, health supplements, beauty products, and anti-aging foods. There isn’t room here to describe all of the presentations, but FoodTrients will touch on some of the key talks of interest to consumers.

Here are some of the highlights:

Dr. William Davis, author of the bestselling book Wheat Belly, spoke about the dangers of eating modern, American wheat. The high-yield wheat that American scientists developed in the 1960’s to help combat world hunger is very different genetically than its predecessors—Emmer wheat, einkorn, and spelt. This new wheat, the wheat we all eat today in breads, cereals, and pastas, is dangerous. Its gluten is different. Since it was introduced, incidences of celiac disease (or gluten intolerance) have risen 400%. Even eating the whole grain version isn’t healthy. Whole-wheat bread made from this wheat has a higher glycemic index than white bread because the amylopectin A in modern wheat causes a spike in blood sugar. The gluten in modern wheat unlocks the gut allowing water and foreign substances in. This leads to irritable bowel syndrome and auto-immune diseases like lupus. Dr. Davis insisted, “No member of the homo sapiens family that I’ve ever met can tolerate high-yield modern wheat.” He doesn’t advocate simply going gluten-free, but advises we seek out different grains like kamut, spelt, farro, millet, buckwheat, and flax. “Eat real, single-ingredient foods, not processed foods.”

Jonny Bowden, Ph.D., CNS, and cardiac surgeon Dr. Steven Sinatra, authors of The Great Cholesterol Myth: Why Lowering Your Cholesterol Won’t Prevent Heart Disease-and the Statin-Free Plan That Will, gave a presentation entitled “The Case Against Cholesterol.”  Dr. Bowden advised, “The case against cholesterol and fat deserves to be re-opened.” Dr. Sinatra doesn’t think high cholesterol should be vilified. He’s against doctors prescribing cholesterol-lowering drugs in many (but not all) cases. “We should be treating heart disease and not high cholesterol,” he said. Especially since, according to recent studies, elevated cholesterol is not the major cause of heart disease. High cholesterol is actually protects our bodies from things like staph infections, hemorrhagic stroke, and infectious respiratory disease. It’s important to the immune system. Dr. Bowden said that Lipoprotein(a), or Lp(a) for short, is the real enemy. People with high Lp(a) are more indicated for heart disease than those with simply high cholesterol.

As for statins, those cholesterol-lowering drugs, Dr. Sinatra said they have a good side and a bad side. For a few people they are very helpful. For women, however, they don’t seem to work at all. They also reduce CoQ10, an enzyme your body needs to produce energy.

Telomeres got a lot of attention at the conference. Telomeres cap chromosomes the way shoelace ends cap shoelaces. When chromosomes divide, some telomeres always get broken off. This is bad. With age, a person’s telomeres get shorter and shorter. Environmental and behavioral factors can prematurely shorten telomeres. When the telomeres on somatic (tissue maintaining) cells shorten too much, the DNA in those tissue cells is no longer stable. This can give rise to cancer and cell death. That’s the bad news. The good news is that researchers at LifeLength (www.lifelength.com) have developed sophisticated tests to reveal a person’s telomere length. Other researchers are studying how to lengthen telomeres by giving telomerase (the proteins in telomeres) to mice. Human trials haven’t begun yet, but they are on the horizon. A study by Paul Ligi on Diet, Nutrition, and Telomere Length concluded that folate, vitamin B12 supplements, vitamins C, D, E, magnesium, and zinc all have beneficial effects on telomere length as do omega-3 fatty acids, polyphenols (especially those found in tea), and curcumin (found in the spice turmeric).

Methylation was another hot topic at the conference. Many beauty and nutraceutical companies are studying this process involved in aging in order to understand how to keep it working properly. In genetics, the natural process of methylation is normal. Over-methylation (hyper) or under-methylation (hypo), however, leads to the modification of our DNA, reducing the expression of some genes and the production of some proteins. Hypermethylation has been implicated in the development of cancerous tumors, especially in colon cancer. Hypomethylation has been shown to be involved in cancer in general.

Earlier this year a study was published showing a link between green-coffee-bean extract and weight loss. Apparently it’s not just the caffeine, but also the polyphenols found in the unroasted beans that did the trick. A tour of the exhibit hall revealed a number of weight-loss products containing extracts from green coffee beans, both caffeinated and decaffeinated. Expect to see this trend continue in a store near you.