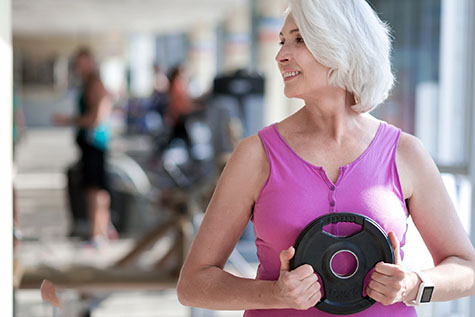 A study reported on July 18, 2017 in the journal PLOS ONE found positive effects for supplementation with whey protein in combination with calcium, creatine, omega 3 polyunsaturated fatty acids and vitamin D in the muscles of older men. The gradual loss of muscle that occurs with aging known as sarcopenia is associated with frailty, falls and disability in late life. “Older people who do little to prevent the progression of sarcopenia drift toward a state where they find activities of daily living, like rising from a chair or ascending stairs very difficult or maybe impossible,” observed lead researcher Stuart Phillips, who is a professor in the Department of Kinesiology at McMaster University.

The study included 49 men aged 70 years and older who received the whey-based supplement combo or a placebo for six weeks. At the end of the six-week period, the participants continued their regimens while engaging in a resistance and high-intensity interval training program for 12 weeks. “We chose that combination of exercises to get a maximal benefit in terms of fitness and muscle strength” explained coauthor Gianni Parise.

“The results were more impressive than we expected,” reported first author Kirsten Bell. “Clearly, exercise is a key part of the greatly improved health profile of our subjects, but we are very excited by the enhancements the supplement alone and in combination with exercise was able to give to our participants.”