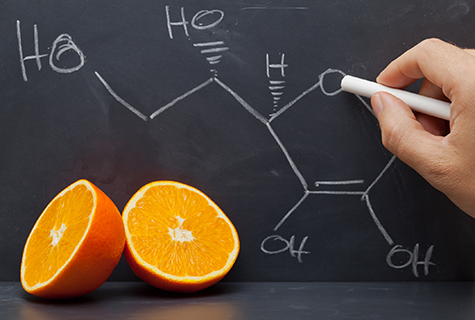 A study reported on January 9, 2019 in the journal Nutrients revealed a protective role for supplementation with vitamin C, a well known antioxidant, in mice exposed to D-galactose, a sugar that occurs in some foods which has been shown to induce brain aging via the accumulation of oxidative stress.

One hundred-eight mice were divided to receive subcutaneous D-galactose or no D-galactose for 10 weeks. Beginning in the seventh week, half of the animals in each group were given a high oral dose of vitamin C for four weeks.

While mice that received D-galactose experienced a reduction in cognitive function and decreased neurogenesis in the brain’s hippocampus (an area associated with memory), animals that received vitamin C showed no reduction in hippocampal neurogenesis, which was attributed to improvements in cellular proliferation, neuronal differentiation and neuronal maturation. Furthermore, vitamin C was associated with protection against the upregulation of inflammatory factors and downregulation of the antioxidants superoxide dismutase (SOD) 1 and 2, sirtuin 1 and other factors in the hippocampus. Animals that received vitamin C additionally showed enhanced hippocampus-dependent memory function.

According to authors Sung Min Nam of Korea’s Konkuk University and colleagues, the decline in the production of the antioxidant enzymes SOD1 and SOD2 could be responsible for the increase in oxidative stress associated with D-galactose.

“Ascorbic acid-mediated beneficial effects on brain aging may be achieved by several mechanisms, including the promotion of neurogenesis and synaptic plasticity; increase in endogenous antioxidants; attenuation of neuroinflammation; and enhanced expression of Sirt1, caveolin-1, and brain-derived neurotrophic factor, in the hippocampus impaired by D-galactose,” they write. “These mechanisms might account for the subsequent functional improvement in hippocampus-dependent memory. Therefore, our findings suggest that ascorbic acid is a useful anti-brain aging agent.”