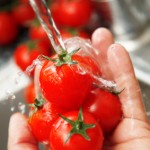 An article published online on August 27, 2013 in the journal Arthritis & Rheumatism reports that sulforaphane, a compound released following the consumption of broccoli and other cruciferous vegetables, may help retard the progression of osteoarthritis.

By studying the effects of the compound when given to mice, researchers led by Ian Clark, who is a professor of musculoskeletal biology at the University of East Anglia, observed a reduction in osteoarthritis in animals that received it in comparison with those who did not.  The team also uncovered a benefit for the compound when it was tested in cultured human cartilage cells and bovine cartilage tissue.  By halting the action of a molecule that causes inflammation, sulforaphane was able to reduce the destruction joint tissue.

“The results from this study are very promising,” Dr. Clark stated. “We have shown that this works in the three laboratory models we have tried, in cartilage cells, tissue and mice. We now want to show this works in humans. It would be very powerful if we could.”

“Although surgery is very successful, it is not really an answer,” he continued. “Once you have osteoarthritis, being able to slow its progress and the progression to surgery is really important. Prevention would be preferable and changes to lifestyle, like diet, may be the only way to do that.”

“This study is important because it is about how diet might work in osteoarthritis,” he added. “Once you know that you can look at other dietary compounds which could protect the joint and ultimately you can advise people what they should be eating for joint health. Developing new strategies for combating age-related diseases such as osteoarthritis is vital, both to improve the quality of life for sufferers and to reduce the economic burden on society.”