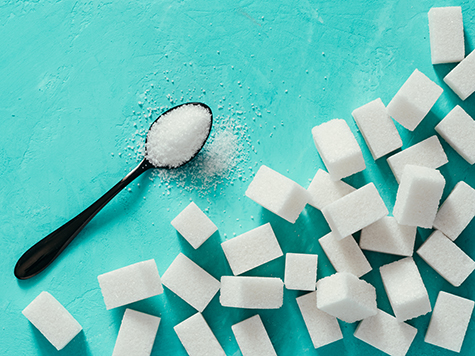 Would you stay on a calorie/carbohydrate-controlled diet if I told you it would add decades of youthful living to your life? Not only would you live longer, but you’d live in good health without the typical diseases and conditions of aging. Or would you say, to heck with it, I don’t care if I live to 100, I want to have my cake and eat it too?

I bet if I took a survey of my patients and my readers, most of them would opt for the latter.  They’d want to eat their cake and enjoy it for as long as Nature allows them.  But, for those of you adventurers and risk takers who really want to see what the world would be like at age 100, or 120, you’ll need to buckle down and follow the strict advice of longevity researchers.

I admit, it sounds enticing.  Living to 100, 110, 120.  What would life be like at those ages?  What if science thought they had the answer to actually be able to achieve that longevity? And, it didn’t involve becoming a vampire or visiting a voodoo shaman and drinking a vile potion?  What if it just involved doing less of something you do every day – eating food?

That’s right. Longevity researchers out of New York University Langone Medical Center now say that if you stayed on a chronic, calorie/carb restricted “diet” you could slow your aging process down. Doing so could allow you to add decades onto your lifespan.

Sounds incredible doesn’t it? Is eating your cake starting to sound like not such a great idea? But how could eating less make you live longer?

Well, according to the NYU researchers, it seems that limiting your food – especially carbohydrates- allows you to avoid the over 900 a day gene spikes that lead to aging and memory loss.  But, the researchers are also quick to say that eating less is not really the ‘fountain of youth’.  Rather their studies reveal the close association between your food intake and how fast you will age.

But it’s not just any food you need to seriously limit.  It’s simple carbohydrates (like cake, soda, candy, etc) that quickly converts into glucose much faster than others.  Refined sugar intake is associated with faster aging on a cellular level.  Other recent studies also support this as well.

The University of San Francisco recently found that drinking a 20 ounce full-sugar soda a day caused a significant increase in AGE’s – advanced glycation end-products – that sped up cellular aging.  It had a similar shortening effect on telomeres (the little caps at each end of your DNA strand) to that of smoking, one of the most aging, toxic things you can do.

But it’s not the soda per se that does the damage – it’s the amount of refined sugar that it contains and how fast it’s absorbed by your liver.  The same results don’t apply to sugar-free “diet” sodas.  Chronic consumption of refined sugar, no matter if it’s from soda, candy, or added by teaspoon to your coffee or cereal, puts a dramatic strain on your body’s metabolic processes.  It causes insulin levels to be chronically elevated and sets off a whole cascade of negative hormonal responses.  Like a row of dominoes falling, those 900 gene responses are what sets the aging wheel turning and gaining momentum.

So how does eating less food in general translate to living longer?  It’s simple. All food eventually gets processed as sugar (glucose) in your body, even proteins, though much more slowly.  The more food you eat, the more glucose your body has to process.  The less you eat, overall, the less strain you put on your metabolic processes.  Insulin levels start to normalize and all those other negative hormone responses – like stress-related cortisol spikes – slow down or stop.

As a result, the aging wheel starts to slow down to a crawl and telomeres stay longer.  And if you start to add positive telomere boosts that will keep them longer you can actually start adding years to your life, rather than subtracting them.  Other telomere boosts include:

Now, as far as that cake goes…  I wish my patients, and readers, to live happily as well as longer and healthier.  If you’ll follow these healthier, longevity promoting principles most of the time, and that occasional piece of holiday or birthday cake makes you happy, enjoy it! You’ll likely still be able to enjoy your birthday cake on your 100th, or older, birthday.