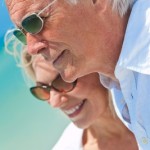 Have you ever wondered how long you’re going to live? The potential answer can be found in the energy-producing cellular powerhouses called mitochondria.

According to a growing number of cell biologists, the number and functionality of the mitochondria specifically determine an individual’s life span.

When we’re young, we are relatively protected against mitochondrial deterioration. As we age, however, changes within our cells lead to the destruction of mitochondria—paving the way for aging and disease.

In 2007 scientists made a remarkable age-reversal discovery:

Damage to mitochondrial DNA becomes permanent a decade after mitochondrial dysfunction begins—and in the early stages, this damage remains reversible.

In this article, you’ll learn about a 3-step program aimed at restoring your body’s vital mitochondrial health:

Step 2: Stimulate the creation of new mitochondria with PQQ.

This strategy to reduce damage to existing mitochondrial DNA and create new mitochondria—is essential to inhibit a destructive cycle believed to be a root cause of aging.

Why We Need Mitochondria

Found inside the body’s cells, mitochondria are responsible for producing our primary source of energy, adenosine triphosphate (ATP). ATP provides at least 95% of the cellular energy that powers all living functions.

Unfortunately, a byproduct of this energy generation is the formation of a huge stream of free radicals. Free radicals are molecules that possess a free electron—a property that makes them react with other molecules in volatile and highly destructive ways.

Free radicals attack the structure of our cell membranes, creating metabolic waste products that disturb DNA and RNA production, interfere with the synthesis of protein, and destroy important cellular enzymes. Vital tissues and molecules decay under the assaults of free radicals. In addition, free-radical disruption of cell mechanics creates mutant cells, which are linked to cancer and cellular aging.

Mitochondria are the easiest targets of free-radical injury for two reasons:

Mitochondrial dysfunction is primarily seen in organs and tissues that have a high demand for energy—explaining why cardiovascular tissue and brain neurons are among the most susceptible.

When we’re young, we are largely protected against mitochondrial deterioration because our bodies produce substances to defend mitochondria from the onslaught of free radicals. However, as we age, that protection wanes, setting us up for a destructive cycle that accelerates aging and disease. As a result of this rapidly accelerating process, mitochondria in the cells of elderly people are mostly dysfunctional, whereas young individuals have virtually no mitochondrial damage.

The Mitochondrial Theory of Aging

Over time, there are three devastating changes within our cells that lead to the destruction of mitochondria—paving the way for aging and disease:

According to the mitochondrial theory of aging, this ever-increasing spiral is—in itself—an aging process. In fact, a growing number of cell biologists have suggested that the number and functionality of the mitochondria can specifically determine an individual’s longevity.

Based on this body of scientific evidence, scientists determined that a key to slowing—and even reversing—a “natural” aging process would be a substance aimed at revitalizing youthful mitochondrial protection from free radicals.

They discovered this mitochondrial solution in a substance that may already be in your nutrient regimen…coenzyme Q10.

Scientists have established that coenzyme Q10 (CoQ10) is an essential nutrient for normal mitochondrial function (namely, the production and transfer of energy). When CoQ10 levels fall, mitochondrial dysfunction skyrockets. Studies have found that boosting CoQ10 levels via supplementation increases mitochondrial electron transport—whether the cells are deficient in CoQ10 or not.

CoQ10’s ability to protect the vital mitochondria helps put an end to the vicious cycle that underscores a critical aspect of pathological aging. In fact, research with laboratory models has suggested that CoQ10 may be one of our most potent anti-aging nutrients. Studies have found that when cells or organisms are deficient in CoQ10, mitochondrial oxidative stress increases and aging is accelerated. However, supplementation triggers a significant slowing down of the aging process and an extended life span.

One study showed that rats supplemented with CoQ10 experience a 24% increase in maximum life span and an 11.7% increase in average life span. In human terms, based on today’s life expectancy of 78.5 years, this mean increase translates to a more than 9-year increase in life span!

CoQ10 also seems to work via a multi-targeted set of epigenetic mechanisms that not only slow aging—but that also protect against a variety of mitochondria-related diseases. Epigenetic mechanisms involve changes in gene function that do not relate to changes in gene structure. Studies have shown that CoQ10 protects against neurodegenerative diseases and mental health disorders, enhances lung function, guards against the effects of elevated glucose in diabetes and metabolic syndrome, and offers impressive defense against cardiovascular disease, one of the primary diseases of aging.

Animal studies demonstrate that supplementation with CoQ10 reduces oxidative stress and reduces the buildup of amyloid-beta plaque (associated with Alzheimer’s disease) —resulting in a significant improvement in cognitive performance and memory.

In human studies, 4 weeks to 6 months of CoQ10 supplementation at 60-300 milligrams a day was shown to improve cardiac systolic function and ejection fraction. One study showed that 8 weeks of CoQ10 supplementation at 300 milligrams a day improved heart-muscle systolic function by enhancing both mitochondrial performance and endothelial function. And in a 5-year, randomized, double-blind, placebo-controlled trial among elderly individuals, CoQ10 combined with selenium slashed the death rate from cardiovascular disease by more than half! In fact, the authors of one study recognized CoQ10 as a “scientific breakthrough in the management of chronic heart failure.”

While coenzyme Q10 optimizes mitochondrial function and protects them from free radical damage, scientists have found another coenzyme that triggers the creation of new mitochondria altogether.

This represents a major breakthrough in battling the mitochondrial destruction that underlies aging.

PQQ deficiency has a profound effect on your genes—especially those involved in cellular stress, cell signaling, transport of metabolites, and of course, the creation of new mitochondria. Specifically, PQQ deficiency negatively affects the expression pattern of 438 genes—but research has found that this effect is reversed after supplementation with PQQ.

Prior to this breakthrough, some of the only scientifically validated ways to reliably stimulate the creation of new mitochondria were sustained calorie restriction or strenuous physical activity—both of which are too rigorous and impractical for most aging people. PQQ now provides the most practical means of reversing the deadly decline in functional mitochondria that is the underlying cause of premature aging and degenerative disease.

Like CoQ10, PQQ also actively supports the energy transfer within the mitochondria that supplies the body with most of its bioenergy. Its exceptional stability allows it to carry out thousands of these transfers without undergoing molecular breakdown. PQQ has been proven especially effective in neutralizing two of the most potent free radicals, the superoxide and hydroxyl radicals.

Research demonstrates that PQQ is 30 to 5,000 times more efficient at reducing oxidation than other common antioxidants such as vitamin C.

In a revealing 2010 study, scientists reported that similar protection of mitochondrial function that is seen with some other compounds (such as quercetin, hydroxytyrosol, and resveratrol) at high dietary concentrations measured inmillimoles occurs with PQQ at dietary concentrations measured in nanomoles. In other words, it takes a million times more of these other compounds to have a mitochondria-protective effect equivalent to PQQ!

The revelation of its ability to favorably affect system-wide cell development, metabolism, and mitochondrial biogenesis helps explain the wealth of data on PQQ’s neuroprotective and cardioprotective benefits.

PQQ has now been shown to block the development of abnormal proteins linked with neurodegenerative diseases. For example, it prevents cellular damage and demise due to accumulation of amyloid beta protein associated withAlzheimer’s disease, and of the alpha-synuclein protein that is associated with Parkinson’s disease.

In humans, supplementation with 20 milligrams a day of PQQ significantly improved cognitive function in middle-aged and elderly people. These results were amplified when the subjects also took 300 milligrams per day of CoQ10.

Neither humans nor the bacteria that colonize the human digestive tract have demonstrated the ability to synthesize PQQ, which has led researchers to classify it as an essential micronutrient. This means that the body can’t make enough of it for good health—and that supplementation is essential.

We’ve already learned that CoQ10 protects mitochondria from free radical damage. It does this by “depleting” itself—by donating its own electrons to (and thus neutralizing) the flood of free radicals generated during cellular energy production. Of course, this results in depleted stores of active CoQ10.

Studies have detailed how shilajit, a phyto-mineral pitch substance found in the Himalayas, stabilizes, revitalizes, and preserves CoQ10 in its active (ubiquinol) form, boosting the levels of CoQ10 available to protect against mitochondrial aging.

Shilajit’s potent support of CoQ10’s mitochondrial protection against aging was validated when laboratory mice were subjected to strenuous and stressful physical exercise. The combination of shilajit and CoQ10 resulted in 27% greater ATP energy production in muscle cells—and in 40% greater energy production in brain cells—than the energy increase measured in these tissues with CoQ10 alone.

In other research, mice were initially supplemented with oral CoQ10 alone. As expected, CoQ10 levels rose in heart, liver, and kidney tissue. Remarkably, when components from shilajit were added to the supplement, CoQ10 levels roseeven further—as much as 29% in liver tissue.

Another element of shilajit—fulvic acid—has been shown to further support this process by channeling other electron-rich shilajit components into the mitochondria to support CoQ10 and electron transfer. Fulvic acid also works independently to stimulate mitochondrial energy metabolism and protect mitochondrial membranes from oxidative damage.

In an unpublished study, people who took 200 milligrams of shilajit once daily for 15 days registered an increase in ATP levels in the blood after exercise.

Ultimately, the synergistic effects of shilajit plus CoQ10—combined with the capacity of PQQ to create new mitochondria—offer an unparalleled option to protect mitochondrial DNA and combat aging!

According to the mitochondrial theory of aging, damage to mitochondrial DNA from the massive free-radical assault of cellular energy production is a root mechanism of aging. The body produces CoQ10 to protect mitochondrial DNA, but levels decline rapidly with age.

Scientists have discovered that it can take almost a decade for this aging damage to become permanent. The good news is that early stage mitochondrial dysfunction can be reversed!

Breakthrough research found that two coenzymes (CoQ10 and PQQ) can work together to protect mitochondria against free radical assaults—and to create new mitochondria in the process.

Taken together, CoQ10 and PQQ and shilajit offer a potent program to inhibit—and reverse—the intensely destructive cycle that is believed to be a root source of aging!