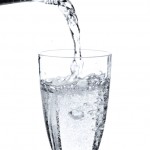 You’ve heard that, as you get older, you need more calcium to protect your bones against fracture – especially disabling and, potentially deadly, hip fractures.  And, that’s true – especially if you’re a post menopausal woman.  But, it’s not the only mineral you need.  New research has found that magnesium may be better at protecting specifically against hip fracture than calcium in both men and women.  But, like most Americans, you likely are deficient in it, as nearly 75% of them are.  Here’s what you need to know about magnesium and your hips.

Getting Older? Protect Your Hips with Magnesium

Hip fracture occurs at an alarming rate in the United States, and around the world, every day.  According to the CDC (Centers for Disease Control), in 2010, 258,000 Americans were hospitalized for hip fracture.  By 2030, they project that 289,000 Americans will suffer a hip fracture.

As an orthopedic doctor, those figures concern me.  Hip fractures can be terribly disabling, stealing your ability to move around safely and your independence.  They are one of the #1 reasons older people have to go into a nursing home, or assisted living facility, because of the functional impairment they create.  Worse, they can be deadly.

That’s why I’m always looking for answers, ways and means, for both my middle-aged patients and readers, to decrease their risk of suffering a hip fracture as they get older.  New research I’ve just come across regarding magnesium may hold the key to doing just that.

In February 2014, researchers out of the Norwegian Institute of Public Health studied the drinking water in different areas of Norway and its relation to hip fractures (Nationwide data on municipal drinking water and hip fracture: Could calcium and magnesium be protective? A NOREPOS study. Bone, 2013).

After studying the water, the researchers felt they discovered why Norwegians have such a high rate of hip fracture – and what would help decrease it

In their study, they followed 700,000 people over 7 years and reported 5,500 hip fractures in men and over twice that – 13,600 – in women.  They found that in those areas where there was more magnesium present in addition to the calcium in the drinking water, there were less occurrences of hip fracture. The researchers suggested using dolomite – which contains both magnesium and calcium – as an alternative to using lime.  Calcium and magnesium work together in protecting your bones.

So what does this study mean for you – an American woman or man?

Well, it means that adding more magnesium to your diet could help protect your hips against fracture – especially if you’re a menopausal/post menopausal woman. Researchers have known for at least 2 decades now that women often become deficient in magnesium during menopause because of estrogen loss.

As was noted in a study published in the American College of Nutrition (“Interrelationship of magnesium and estrogen in cardiovascular and bone disorders, eclampsia, migraine, menstrual syndrome.”), estrogen boosts magnesium uptake into bones and soft tissues (heart, muscles, skin).

When estrogen decreases, magnesium uptake is significantly decreased putting a woman at higher risk for fractures, heart disease, and muscle weakness.  Men going through andropause also can experience similar mineral deficiencies, and hormonal imbalance symptoms, but generally not as profoundly as women (Male Menopause, Medical News September  2013).  The loss of estrogen and progesterone in menopause is much more dramatic and abrupt in onset than a man’s gradual loss of testosterone which starts very slowly to decline around age 30.

In addition, certain prescription drugs – like antibiotics or loop diuretic type antihypertensive meds to name a few, even your diet (high sugar), can further leach magnesium from your body.

Magnesium deficiency symptoms can mirror the really bothersome symptoms of both menopause and andropause and may actually be the source of them.  These include:

1.  Insomnia.  This is perhaps the most profound symptom of magnesium deficiency.  Lack of sleep can create a domino effect of off-shoot symptoms like irritability, depression, inability to concentrate, brain fog.

2.  Hot flashes.  Magnesium helps regulate your internal “thermostat”.   With decreased magnesium, you can fluctuate between a hot flash and feeling cold just following it.

3.  Irritability.  Perhaps as an offshoot complication of insomnia, women and men can experience heightened irritability with menopause/andropause.  Magnesium is a natural tranquilizer that has been proven to help.

It’s my feeling that magnesium deficiency may be the true reason why so many older people – disproportionately women – experience hip fractures.  With mineral losses from hormonal imbalance, or leaching them from prescription drugs, they’re just not absorbing enough magnesium.

So, to help protect your hips against debilitating hip fractures as you get older, be sure you’re getting enough magnesium in food sources and/or supplements.  The RDA for a woman over 31 is 320 mg, and a man 420. You may need to take an extra 250 mg supplement if you are taking certain prescription drugs.