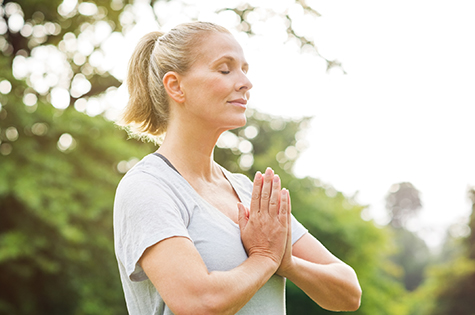 One of the biggest fears my patients have about getting older is losing their mental sharpness.  But, the truth is, mental decline is not a “given” of getting older.  Rather, it’s a consequence, or the end result, of not safeguarding your overall health.  That’s why I’d like to tell you about 3 simple ways you can greatly reduce your risk of mental decline…

When I tell my patients that they likely take better care of their cars than their own health, they laugh.  But, then they think about it a moment and agree that that’s probably true.  I mean, you schedule regular maintenance for your car, like oil changes, tire rotations, brake checks, transmission, engine and A/C checks.  And you likely replace windshield wipers and tires when their worn, keep fluids filled to optimum levels, put the right gas and oil in your car, and drive it  every day to keep it running correctly.

But, what do you do for your own health maintenance? Do you schedule regular check-ups for yourself? Vision and hearing exams? Physicals that include EKGs and routine blood work? How much water do you drink? Do you know that most people over 50 go around in a chronic state of dehydration?  It’s true. You can actually decrease your risk of brain, heart and kidney disease simply by drinking a few extra glasses of water per day.

And how often do you “drive” yourself with the right exercise? A few times a week? Less? If you drove your car that little, you’d be replacing rusted out brake pads and rotors more. And what about the “fuel” you put in your body? Is it designed for optimum nutrition or cheap, fast food that’s mostly devoid of nutrients?

I think you get the picture.  The point I’m trying to make is that to keep anything running in tip-top shape, whether it’s your car, or your body, you have to follow the correct maintenance rules.  Recently, researchers out of Sweden have determined what the best maintenance rules are to stay disease-free and prevent mental decline as you get older.

Researchers at Stockholm’s Karolinska Institut have devised a simple, yet comprehensive, program to lower risk for dementia and mental decline in older people.  First, they focused on the links between certain risk factors for future mental decline.  These included nutrition, heart health, fitness, obesity.

Next, they devised programs that offered the following:

1.  Nutritional guidance.  Learning what foods had protective properties against obesity, diabetes and heart disease, the biggest risk factors for dementia and mental decline.  Foods high in refined sugars and trans-fats, too high homocysteine levels (low folate, B vitamin intake), too much alcohol, have the most negative impact on brain health.  Some researchers content that wheat, even whole wheat, produces inflammation in the brain.

2.  The right kind of exercise.  This includes muscle/resistance strengthening and cardiovascular aerobic conditioning 3-4 times a week.  Also, brain-training exercise (like memory boosting games, crossword puzzles, learning new skills, taking a class, reading books, etc), at least 1-2 times per week. Meditation once a day is now thought to preserve the gray matter of the brain, the part which contains its neurons.

3.  Management of vascular and metabolic risk factors.  These include getting under control conditions like arteriosclerosis, metabolic syndrome/pre-diabetes/diabetes, etc.  This is done through regular medical check-ups, blood tests, EKG’s, etc.  Arteriosclerosis builds up plaque in arteries which ups your risk for stroke.  Stroke cuts off blood supply to the brain which can result in memory loss, damaged cognitive functioning and death.  In addition, arteriosclerosis limits oxygen-rich blood being delivered to the brain and dementia can set in.

The researchers found that those who had followed their programs had overall increased test scores of 25%.  Higher test scores equaled better mental function.   Executive functioning, the ability to make decisions, and otherwise organize thought processes, were 83% higher; intellectual processing speeds were 150% higher in the groups involved in their programs.

Mental decline is a growing healthcare concern with a large part of the world’s population in the Baby Boomer age group.  Dementia is diagnosed every 7 seconds around the world, and that’s a pretty large number.   But you don’t have to be one of those statistics.  If you take steps now to intervene, by following the 3 groups of principles above, you can preserve both your physical and mental health for decades to come.  Body mass index and heart health  are  2 of the biggest risk factors.  Getting to a normal weight helps improve heart health.  It also helps prevent diabetes, which can create heart disease.

Even if you already have mild cognitive decline, it’s not too late to get control of it to prevent further progression.  Researchers at the University of British Columbia also found that starting a resistance-based exercise program helped improve executive function, selective attention, conflict resolution, and associative memory.  These are typical areas of brain function that become impaired in early cognitive decline.  If you can intervene at this level, the researchers feel that you can prevent further decline.