Smell This and Boost Your Memory 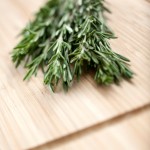 If you’re having problems with those senior moment memory glitches, wouldn’t it be great if you could just smell something regularly to improve them? Well, with the results of new research out of Wales, you may be able to do just that.  I’d like to share with you the findings of that research using an ancient, common spice believed to boost memory.  Just by smelling it…

Rosemary:  Just The Smell of it Boosts Your Memory

A few decades ago, aromatherapy became the big thing on the New Age, natural health scene. Practitioners were having their clients diffuse essential oils and inhale the aroma for many ailments as well as disinfect their environments.  People who have used aromatherapy treatments have reported lots of success with them.

Their success has been especially well-documented in improving mental functions like balancing emotions, reducing anxiety, tension and relaxation.  You know how certain smells bring back   memories or seem to change your mood?  Well that’s how focused aromatherapy works. Several of my patients also use aromatherapy and claim that it has helped not only their moods but their memory as well.

Aromatherapy isn’t really a creation of New Age times. There’s actually a centuries-old history to aromatherapy as medical treatments.  Some records say that aromatherapy may actually have been man’s very first form of medicine.

Ancient doctors in India, Greece, Egypt and even Native America, used herbs and spices by burning them as inhalants to release their medicinal properties.  They used certain herbs and spices for numerous disease conditions.  But they also used them to improve mental functions – like memory, concentration and the ability to perform tasks better.

Of course, it’s taken some time for the “traditional” medical world to actually take a look at the purported benefits of these ancient treatments through research.  But, recently, researchers out of the University of North Umbria (Wales) have done just that. They have taken to task the claims that the spice rosemary naturally improves memory.  I think you’ll find their results as amazing as I did.

Their study, presented recently at the British Psychological Society’s annual conference, asked 66 people to participate in assessing their future, or “prospective”, memory functions.  These are things like remembering to send a birthday card, go to an appointment, take a medication, etc.

Half of the people were randomly assigned to one room and the other half to another.  In one of the rooms the researchers had burned essential oil of rosemary in diffusers and allowed the aroma to circulate for 5 minutes before letting the participants in. When they came in, their future memory functions were tested. This included hiding objects at the start of the test and asking the participants to find them at the end.

They were also told that they had to give a designated object to one of the researchers at a specified time.  All these tasks had to be done without cues or clues by the researchers. If they had to be prompted in order for them to do the designated task, then points were taken off.  They also were asked to answer questionnaires regarding their mood.

During the testing, the participants’ blood levels were tested for the specific rosemary essential oil compounds called cineoles. These compounds had previously been shown in research to affect the brain’s chemical system that governs memory.  Those who were in the rosemary scented room had high blood plasma levels of these cineoles whereas the other participants didn’t.

The researchers then correlated their level of performance on the tasks to the amount of these compounds in their blood. Those participants who were in the rosemary scented room had significantly improved scores on the prospective memory tests than the group in the non-scented room.  They were able to remember their future “to do” tasks and perform them without prompting.

They concluded that using aromatherapy with essential oil of rosemary could be beneficial to improving memory – especially in age-related memory changes as well as those of cognitive disorders. These findings echoed the same findings of their first study, done in 2012.  At that time, they found that rosemary likely prevented the breakdown of acetyl-choline, a powerful memory-boosting neurotransmitter.

In addition, a 2009 Japanese study published in the journal Psychogeriatrics, revealed that rosemary acted as a powerful brain, memory stimulant in 17 Alzheimer disease patients.

How To Boost Your Memory Using Rosemary Aromatherapy

If you’d like to see if you could boost your memory through rosemary aromatherapy, here are 3 very simple ways to get started.  This formula comes from aroma therapist, and director of the American Herb Association, Kathi Keville.  Here’s what you’ll need:

1. Combine the drops onto the diffuser and allow the aroma to circulate through the room for several minutes.

2. A second way to use this formula is to combine the oils with 2 ounces of distilled water and use as a spray around you.

3.  Mix the oils and store them in a brown medicinal bottle. Whenever you feel you need a memory boost, dab a little of the mixture on cotton pledgets, or a piece of tissue, and take several smells from it.

I’m all for anything natural that can help with your memory especially when there’s bona fide research to back it up.  There are many aromatherapy practitioners around who can work with you to teach you more advanced aromatherapy techniques and applications.

Remembering what you need to do and where you need to go and why forms the basis of just about everything you do. Having your memory blank out at inconvenient moments are not only frustrating, but they could be dangerous. Using rosemary in a simple way like aromatherapy may be just what you need to help sharpen your memory.