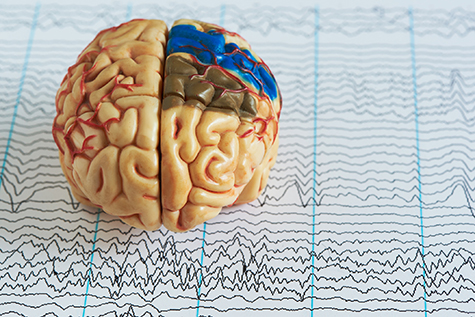 The brain’s neural activity–long implicated in disorders ranging from dementia to epilepsy–also plays a role in human aging and life span, according to research led by scientists in the Blavatnik Institute at Harvard Medical School.

The study, published Oct. 16 in Nature, is based on findings from human brains, mice and worms and suggests that excessive activity in the brain is linked to shorter life spans, while suppressing such overactivity extends life.

“An intriguing aspect of our findings is that something as transient as the activity state of neural circuits could have such far-ranging consequences for physiology and life span,” said study senior author Bruce Yankner, professor of genetics at HMS and co-director of the Paul F. Glenn Center for the Biology of Aging.

The key in this signaling cascade appears to be a protein called REST, previously shown by the Yankner Lab to protect aging brains from dementia and other stresses.

Neural activity refers to the constant flicker of electrical currents and transmissions in the brain. Excessive activity, or excitation, could manifest in numerous ways, from a muscle twitch to a change in mood or thought, the authors said.

It’s not yet clear from the study whether or how a person’s thoughts, personality or behavior affect their longevity.

“An exciting future area of research will be to determine how these findings relate to such higher-order human brain functions,” said Yankner.

The study could inform the design of new therapies for conditions that involve neural overactivity, such as Alzheimer’s disease and bipolar disorder, the researchers said.

The findings raise the possibility that certain medicines, such as drugs that target REST, or certain behaviors, such as meditation, could extend life span by modulating neural activity.

Human variation in neural activity might have both genetic and environmental causes, which would open future avenues for therapeutic intervention, Yankner said.

All roads lead to REST

Yankner and colleagues began their investigation by analyzing gene expression patterns–the extent to which various genes are turned on and off–in donated brain tissue from hundreds of people who died at ages ranging from 60 to over 100. 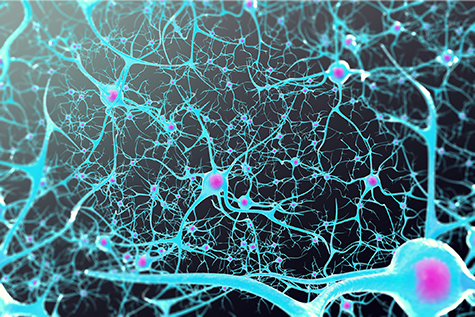 The information had been collected through three separate research studies of older adults. Those analyzed in the current study were cognitively intact, meaning they had no dementia.

Immediately, a striking difference appeared between the older and younger study participants, said Yankner: The longest-lived people–those over 85–had lower expression of genes related to neural excitation than those who died between the ages of 60 and 80.

Next came the question that all scientists confront: correlation or causation? Was this disparity in neural excitation merely occurring alongside more important factors determining life span, or were excitation levels directly affecting longevity? If so, how?

The team conducted a barrage of experiments, including genetic, cell and molecular biology tests in the model organism Caenorhabditis elegans; analyses of genetically altered mice; and additional brain tissue analyses of people who lived for more than a century.

These experiments revealed that altering neural excitation does indeed affect life span–and illuminated what might be happening on a molecular level.

All signs pointed to the protein REST.

REST, which is known to regulate genes, also suppresses neural excitation, the researchers found. Blocking REST or its equivalent in the animal models led to higher neural activity and earlier deaths, while boosting REST did the opposite. And human centenarians had significantly more REST in the nuclei of their brain cells than people who died in their 70s or 80s.

“It was extremely exciting to see how all these different lines of evidence converged,” said study co-author Monica Colaiacovo, professor of genetics at HMS, whose lab collaborated on the C. elegans work.

The researchers found that from worms to mammals, REST suppresses the expression of genes that are centrally involved in neural excitation, such as ion channels, neurotransmitter receptors and structural components of synapses.

Lower excitation in turn activates a family of proteins known as forkhead transcription factors. These proteins have been shown to mediate a “longevity pathway” via insulin/IGF signaling in many animals. It’s the same pathway that scientists believe can be activated by caloric restriction.

In addition to its emerging role in staving off neurodegeneration, discovery of REST’s role in longevity provides additional motivation to develop drugs that target the protein.

Although it will take time and many tests to determine whether such treatments reduce neural excitation, promote healthy aging or extend life span, the concept has captivated some researchers.

“The possibility that being able to activate REST would reduce excitatory neural activity and slow aging in humans is extremely exciting,” said Colaiacovo.

The authors emphasize that the work would not have been possible without large research cohorts of aging people.

“We now have enough people enrolled in these studies to partition the aging population into genetic subgroups,” said Yankner. “This information is invaluable and shows why it’s so important to support the future of human genetics.”