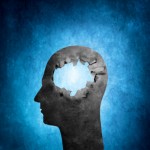 Improved healthcare for physical and mental health are linked to a worldwide trend of less Alzheimer’s disease or delayed Alzheimer’s, U.S. researchers say.

The study authors examined five recent studies that suggested a decrease in the prevalence of dementia, crediting the positive trend to improvements in education levels, healthcare and lifestyle.

“We’re very encouraged to see a growing number of studies from around the world that suggest that the risk of dementia may be falling due to rising levels of education and better prevention and treatment of key cardiovascular risk factors such as high blood pressure and cholesterol,” Langa said in a statement.

“Our findings suggest that, even if we don’t find a cure for Alzheimer’s disease and dementia, there are social and lifestyle factors we can address to decrease our risk.”

In 2008, Langa and Larson reported one of the first studies suggesting a decline in U.S. dementia rates, using information from the U.S. Health and Retirement Study. Since then, several studies in Europe confirmed the trend — and the reasons behind it: People are completing more years of school, which helps the brain fight dementia, and have more awareness about ways to prevent heart disease, another big risk factor for Alzheimer’s.

“Still, we need to be aware that recent increases in obesity and diabetes threaten to reverse these gains, because of the impact these conditions can have on the aging brain,” Yaffe said. “The obesity and diabetes epidemics are not affecting age groups most at risk for dementia — yet. But it’s just a matter of time.”

The findings were published in the New England Journal of Medicine.