Revealing The Mystery of Aging 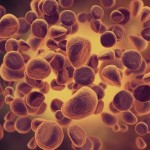 Researchers have long puzzled by the mystery of aging in humans and great efforts have been put in to the attempt of discovery of the missing link. Now a National Cheng Kung University (NCKU) transnational research team has made a new discovery of aging mechanisms.

Dr. Jung-Hsien Chiang from the Department of Computer Science and Information Engineering, who leads the NCKU team, has revealed that the mechanisms of aging is associated with the nuclear pore complexes (NPCs) as an active participant in gene silencing and the formation of peripheral heterochromatin.

The groundbreaking study carried out by Taiwan’s NCKU together with Canada’s University of Alberta (UAlberta) and US’s Institute for Systems Biology (ISB) has published in the February 28, 2013 issue of CELL.

The paper titled “A Role for the Nucleoporin Nup170p in Chromatin Structure and Gene Silencing” describes the revolutionary findings in which the seven-member transnational research team draws a clear picture that the role of yeast NPC protein Nup170p in subtelomeric gene silencing is linked to its association with the chromatin-remodeling complex.

Chiang explained that the aging of cells is closely related to telomere length and each time a cell divides, the telomere gets shorter and eventually leads to cell death; however, to date, it is unclear what functional role NPCs play in establishing and maintaining distinct chromatin domains within living cells.

“Our team has uncovered that the binding of Nup170p to subtelomeric chromatin is cooperative and necessary for the association of telomeres with the nuclear envelope, which is a comprehensive roadmap to explain that Nup170p plays a physiological role at telomeres,” Chiang added.

The team also successfully illustrates that the Nup170p with regions of the genome that contain ribosomal protein and subtelomeric genes, where it functions in as a repressor of transcription.

Chiang said, “This is the first time that we unveil functional interactions between Nup170p and chromatin domains that generally reside adjacent to the nuclear envelope, including subtelomeric and telomeric regions.”

The members of the team are eminent scholars in their own fields in which UAlberta taking charge of cell biology; ISB responsible for gene expression profiling; NCKU focusing on bioinformatics computing.

Chiang’s team in NCKU tackles with the data retrieving from the research and systematical computation provided by NCKU has facilitated deciphering the mystery of aging.