Probiotics Can Prolong Your Bones 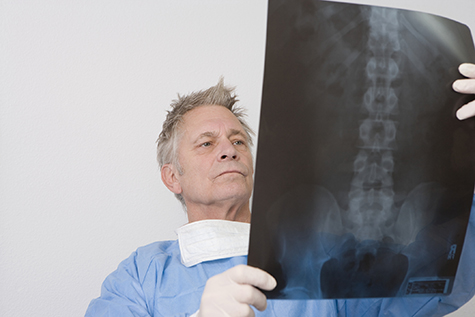 In a first, Swedish researchers have discovered protective effects for probiotic supplementation against the loss of bone that occurs in aging humans. The study was reported on June 21, 2018 in the Journal of Internal Medicine.

“When we finished the study after a year, we measured the women’s bone loss in their lower legs with a CT scan and compared it with the measurements we made when the study began,” reported first author Anna G. Nilsson, who is a chief physician and associate professor at Sahlgrenska Academy at the University of Gothenburg. “The women who received the powder with active bacteria had lost only half as much bone in the skeleton compared with those who received inactive powders. Another positive outcome from the study was that the treatment was well tolerated and did not produce more side effects than those experienced by women who received the placebo.”

“Today there are effective medications administered to treat osteoporosis, but because bone fragility is rarely detected before the first fracture, there is a pressing need for preventive treatments,” commented senior author Mattias Lorentzon, who is a chief physician and professor of geriatrics at Sahlgrenska Academy. “Older women are the group in society most at risk of osteoporosis and fractures. The fact that we have been able to show that treatment with probiotics can affect bone loss represents a paradigm shift. Treatment with probiotics can be an effective and safe way to prevent the onset of osteoporosis in many older people in the future.”