Improve Your Brain: A Positive Side of Stress? 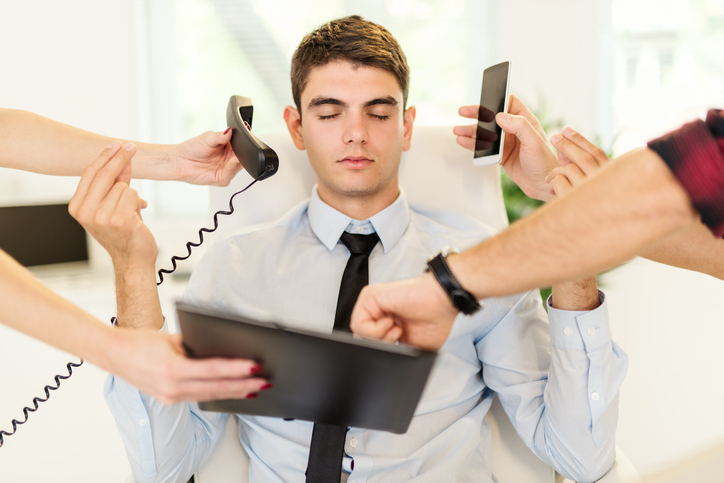 If you could do something to decrease your risk of memory failure, to increase your self-confidence, to be a better public speaker, to improve your brain, to help you deal with back pain, to bust out of your comfort zone, to make your children more resilient … would you do it?

What if it involved embracing what we all to our utmost to steer clear of – namely, stress?

Yeah, always a catch. Think about it though – which Irish psychologist Ian Robertson, author of “The Stress Test: How Pressure Can Make You Stronger and Sharper,” has done as well as studied quite extensively. And you might remember quoting, oh once or twice, German philosopher Friedrich Nietzsche: “That which does not kill us makes us stronger.”

The statement, Robertson says, “has always intrigued me.” He’s also fond of quoting golfer Tiger Woods: “I’ve always said the day I’m not nervous playing is the day I quit.”

Granted, stress before a golf tournament isn’t exactly a life-or-death situation, but the premise is along the same lines.

“All performers and musicians and sports performers know you need that edge,” says Robertson who, as the T. Boone Pickens Distinguished Scientist at the Center for BrainHealth, spends part of his year at the University of Texas at Dallas institute and part in Ireland.

“Whether it’s an opportunity or stress is hugely under our control.”

Think about it: A pounding heart, dry mouth, sweaty skin, churning stomach could be signs of anxiety – or of excitement, fear, anger, sexual attraction, he says. “We only know what emotion we’re having by interpreting these nonspecific arousal symptoms in context.”

The takeaway? If you’re about to give a presentation or take a new class or face another challenge, instead of saying, “I am anxious,” say out loud, “I am excited.” That switches the brain from avoidance mindset into challenged mindset, he says.

As he says in an interview with Brain Matters, the Center for BrainHealth publication, “moderate stress, properly handled, increases alertness, which in turn helps brain circuits function more efficiently.”

He’s not, he emphasizes, talking about “severe and prolonged stress.” He’s instead talking about the kind that’s inherent with being human. Job problems. Relationship problems. Social setbacks. Money worries. Trying something new. And, in the case of his best friend, being run over by a bus while cycling. The accident cost Robertson’s friend his right arm, smashed both his knees, and almost took his life.

“The morning he woke up after surgery,” Robertson recalls, “I flew in from Dublin and found myself putting my head on his forehead and saying, ‘What doesn’t kill us makes us stronger.'”

The act, Robertson says, was “totally unpremeditated.” But later, his friend told Robertson “it was like a surge of electricity through his brain, that it electrified him. He was barely conscious. I remember him struggling up, his head barely off the pillow, and saying, ‘I’m going to beat this.’ ”

His friend is now long-distance cycling again. And while Robertson emphasizes that he takes no credit for the “amazing, amazing journey” to health, that episode _ along with Robertson’s self-described “Pollyanna” nature and his extensive research into brain damage and subsequent rehabilitation _ led to the writing of his latest book.

“Strangely enough,” he says, “the brain needs to be challenged to be improved.”

He cites as an example a study of people in their 70s who were experiencing the beginnings of memory failure. Two years later, follow-up tests showed a steep decline in memory – except for one group: those “who had had one, two or three stressful life events during that period,” he says.

“Severe stress does cause impairment in memory,” Robertson continues. “But in this group, moderate stressors actually preserved cognitive function, so over the two years, they did not show a decline.”

His hypothesis: “If you’re in your 70s and living quite a sedentary way of life, things are predictable and routine; you’re not challenged. But if your wife or husband has a stroke, as horrible as that is, you’re being challenged and called upon to solve all sorts of new problems,” he says.

And when that happens, your brain is called upon to generate more of a neurotransmitter called norepinephrine. “It is a chemical sprayed into our brain when unexpected things happen and you have to disengage to be open to new possibilities, including the frightening and the positive,” he says. “It’s sprayed out if someone is frightening us, sexually attracted to us, says something unexpected. It’s our brain shaking out of the hum-de-dum.”

“Stress, properly conceived of, is a challenge that can be incredibly enriching for the brain.”

Which is something we parents need to take to heart. Because despite how much we want to shield children from life’s pressures, doing so does them no favors, Robertson says.

Those who have moderate stress end up more emotionally tough, he says. He gives an example of young people working in a job in which they get ribbing or taunts by a co-worker.

Plus, crazy as this may sound, how adults deal with back pain can be related to stress they did or didn’t experience during childhood. Those who had “little or severe stress,” he says, “are more likely to be off work, on painkillers or functionally disabled by back pain. Those with moderate stress have lower doses of painkillers, are less likely to off work long-term and are less likely to be disabled by back pain.”

So what can we do to leverage stress to its utmost advantage? It can be as easy as breathing, Robertson says.

“I tell people to take five long, low breaths in and out,” he says. “Then I ask, ‘Do you feel any different?’ Ninety percent of the time they say yes. I say you’ve just changed the chemistry of your brain.”

Affecting that chemistry, he says, “will help you build confidence and believe in your ability of control.”

Here are a few other ways:

Set goals for yourself that stretch you a little, he says, “goals that are neither too easy nor too difficult. Successful people, who inevitably believe have control over their own minds, are people very, very skilled at setting goals in the Goldilocks zone.” It could be as seemingly small as getting out of the house and walking 200 yards down the street – something that challenges you to a degree and gives you a feeling of accomplishment to have completed.

Stand up straight. When you feel low and depressed, your body hunches, he says. “If we adopt a posture associated with defeat or anxiety, our brains will create an internal state corresponding to that. That’s why standing straight, standing tall, let’s fake it till we make it is what we need to do. Trick your brain into creating corresponding emotions.

Gently squeeze your right hand. “The go-forward anticipating network in the brain is in the left frontal lobe,” Robertson says. “The right hemisphere is more active and inhibits the goal-setting part of the brain if you’re depressed or anxious. One way to give the left frontal part of your brain a boost is to squeeze your right hand for 45 seconds, release it for 15. Combined with posture, breathing and goal setting, you increase the changes of having a challenged mindset rather than retreating.”

Think about stressful situations you’ll face in the next month, he says. A difficult conversation with a partner maybe, or a presentation.

“Visualize it. Hear yourself,” he says. “Be in it to the extent that your heart is beating, your stomach churning. Feel it now and start practicing those techniques. Practice them in an imagined situation so when you actually come to that, you won’t have to try to remember how to handle it. It will be a habit.”