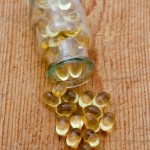 The brittlebone disease osteoporosis is common among the elderly, but scientists at the University of Cambridge in Englandhave shown that large doses of vitamin D, taken only every four months, can cut the risk of broken bones among 65 to 85 year olds. “Total fracture incidence was reduced by 22 percent and fractures in major osteroporotic sites by 33 percent,” Kay Tee Khaw, a professor of clinical gerontology, reports in the March 1st issue of the British Medical Journal.

Fractures of the hip, wrist and spine are most closely linked to osteoporosis.

Khaw and her team said the result has important implications for public health policymakers because they show vitamin D supplements can prevent fractures on their own.

Previous research had found that vitamin D was effective when patients took it with calcium. Studies have also tended to focus on women, who are four times more likely than men to suffer from osteoporosis.

“Many interventions effective in highrisk groups are not feasible in the general population owing to poor compliance or side effects or are not cost effective,” Khaw and her colleagues write in the report.

“In contrast, the cost of fourmonthly oral 100,000 IU vitamin D is minimal (less than one pound annually),” they add.

Khaw’s team found the vitamin supplement, taken every four months for five years, helped women more than men. Women taking the supplement were 32% less likely to have a fracture, while only 17% fewer men broke bones if they took the supplement.

Khaw and her colleagues followed 2,686 people2,037 men and 649 womenfor five years. Half were given vitamin D tablets, while the other half received placebos.

Although osteoporosis affects both men and women, it is much more common in women, mainly because of the decreased production of the hormone oestrogen after menopause. In the first five years after the menopause women can lose up to 15% of their total bone mass.