The Health Benefits of Being Outdoors 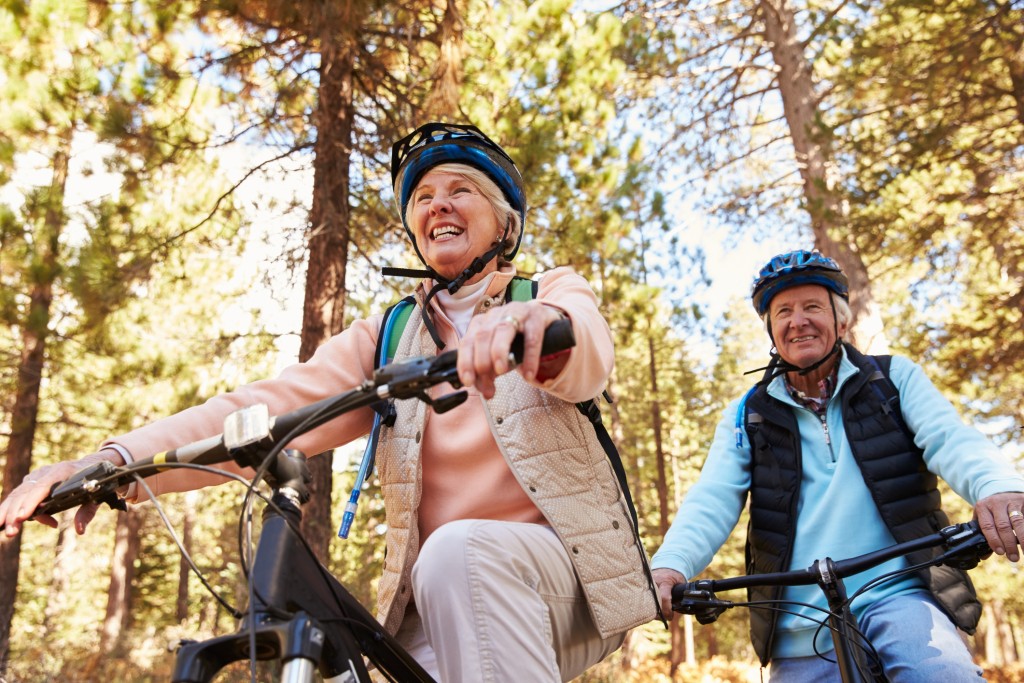 Before the age of modern medicine, a healthy dose of sea air was considered enough to heal myriad ailments.

And while science may have altered the vast majority of go-to therapies, there is still much to be said about the health benefits of being outdoors.

A 2009 study from the Netherlands revealed that living within one kilometer of green space led to a lower incidence of 15 diseases. The relation was strongest for anxiety disorder and depression, the researchers found. Other conditions included diabetes, migraines and asthma.

One of the key benefits of being outdoors is the production of vitamin D, which helps the body absorb iron, calcium and zinc. It also helps maintain healthy muscle, and healthy nervous and immune systems. Exposure to sunlight triggers the process that produces vitamin D in the body.

“Isolating your body from this vitamin is like opening a door to a host of disorders, ranging from heart disease and Alzheimer’s to weak bones and diabetes,” says Dr Mai Al Jaber, deputy medical director and head of public health initiatives at Healthpoint, Abu Dhabi. “Every tissue type in your body has receptors for vitamin D, meaning that they all require it for adequate functioning.”

Some people swear by the benefits of negative ions – atoms charged with one extra electron that purify and freshen air – and say they are in high concentration in natural settings such as by a sea or waterfall, or in the countryside. A 1989 book by the late Robert E Thayer, a professor of psychology at California State University, cited research that reported: “Negative ionic concentrations increased energetic feelings as well as improved reaction time.”

Whatever the reason for the boost in mood in the outdoors, the consensus is clear: being outdoors makes people healthier.

Studies also show, she adds, that activities such as walking, hiking or gardening are linked to enhanced mental health and positivity, as well as a reduction in stress, anxiety and depression.

While not such an issue in the UAE, seasonal affective disorder (Sad) is a good example of how the outside environment affects our health. Defined as a type of depression linked to a change in seasons, Sad is thought to be linked to a drop in serotonin and melatonin levels.

The former is a neurological chemical that affects moods; levels decline if there is a reduction in the amount of sunshine on the body.

The production of melatonin, the hormone that regulates the circadian rhythm or body clock, also drops when it is darker.

As such, natural light encourages better sleep, which is good for our mental and physical well-being.

Melatonin is especially important for women because it affects “the frequency and duration of menstrual cycles”, according to researchers at the University of Maryland Medical Center.

It is not just the sunshine that helps boost our health. Li-Ng also points to evidence that suggests being outdoors helps patients recover more quickly.

“For patients who have recently undergone surgery,” she says, “spending time outdoors is linked to regaining a sense of well-being, experiencing less pain and requiring less medication during their recovery”.

Benefiting from the outdoors does not have to mean climbing a mountain or swimming in the sea; a simple walk around the block is better than nothing.

In general, walking reduces the risk of heart disease and stroke, as well as helping to manage conditions such as high cholesterol and joint or muscular pain, according to Dr Safdar Naqvi, executive and medical director of Imperial College London Diabetes Centre, Abu Dhabi.

But, as with most forms of exercise, the more one does, the greater the benefit.

“Walking prevents dementia; older people who walk 9km or more per week are more likely to avoid brain shrinkage and preserve memory as the years pass,” says Naqvi, who is also a consultant physician and endocrinologist.