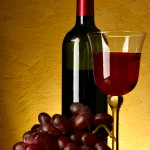 Grapes and the skin of this fruit is beneficial for health. Scientists have found that grapes, which is abundantly full of chemical known as resveratrol, has anti-aging properties. A team of scientists under Syed Ibrahim Rizvi of the biochemistry department of Allahabad University is engaged on evaluating these properties of resveratrol, a chemical also found in red wine.

“Since time immemorial, humans have searched for the elixir of life and to realize the fact that same one has to grow old with time is always a difficult thought to digest. But scientists, in the last few decades, are focusing on nutritional supplements which may be used as anti-aging agents,” Rizvi, head of the department of biochemistry, said. Findings from this research group have been published recently in a Canadian journal titled ‘Applied physiology nutrition and metabolism’. “We have shown that cells from old humans respond favorably to resveratrol when subjected to experimental stress conditions which mimic the changes that take place during aging in humans. Resveratrol is being intensively researched as a possible anti-aging agent.

Studies show that it can increase life span in small organisms like worms and flies,” he added. Rizvi said that resveratrol mimics the effect of caloric restriction, which is an acknowledged life span enhancing strategy. Caloric restriction is a term used by scientists to describe a condition when an organism is given less food than the normal. It has been shown by studies that fly and rats on a restricted diet have a longer life span, said Rizvi. The role of resveratrol for human health gained importance with scientists explaining the basis of ‘French Paradox’.

It has been observed in several studies that French population show less incidence of cardiovascular disease despite unhealthy dietary habits. Later, it was discovered that the protection against cardiovascular disease was a result of high consumption of red wine, which is highly rich in resveratrol. Similar compounds are also present in apples and onions, added Rizvi. Rizvi said that research on rats is underway to further elucidate the biological activity of resveratrol.