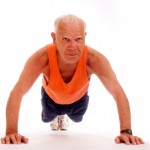 The January 2, 2013 issue of The Journal of Neuroscience published the discovery of Robert Moyzis of the University of California, Irvine and his colleagues of an increase in a dopamine receptor gene among men and women aged of 90 and older. The variant, known as the dopamine D4 receptor (DRD4) 7R allele, blunts the signaling of dopamine, a neurotransmitter involved in the network responsible for reward-driven learning and attention in the brain.

The finding is the result of an analysis of genetic samples derived from 310 participants in the 90+ Study whose ages ranged from 90 to 109 years. Dr Moyzis and his associates found a 66 percent greater incidence of the variant in the older participants in comparison with a control group of 2,902 men and women aged 7 to 45 years. The DRD4 7 allele was also associated with increased physical activity levels.

In mice that had the DRD4 gene knocked out, life span was decreased by 7 to 9.7 percent in comparison with normal mice or those with one copy of the gene. The animals also exhibited a reduction in spontaneous activity and they failed to live longer when raised in an enriched environment.

“While the genetic variant may not directly influence longevity, it is associated with personality traits that have been shown to be important for living a longer, healthier life,” stated Dr Moyzis, who is a professor of biological chemistry at UC Irvine. “It’s been well documented that the more you’re involved with social and physical activities, the more likely you’ll live longer. It could be as simple as that.”

“It is clear that individuals with this gene variant are already more likely to be responding to the well-known medical adage to get more physical activity,” he added.