Does This Common B Vitamin Hold The Key To Aging? 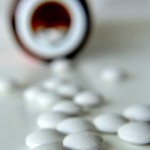 I’m interested in preserving my patient’s health in whatever new medical research can offer them.  About a year ago, I came across a promising new “anti-aging formula” that was being developed by researchers out of Harvard University and the University of New South Wales.  I was amazed when I learned what the key ingredient in this anti-aging super nutrient is – I think you will be too.

Vitamin B3:  Has It Held The Key To Anti-Aging All Along?

The B vitamins are a class of substances that govern healthy metabolism and energy production in your body.  One of them is Vitamin B3 – otherwise known as Niacin.  This vitamin is necessary for the conversion of fats, proteins and carbohydrates from the foods you eat into useable energy.  It also helps your body form new DNA. So, if you’re deficient in it, you may not turn over new DNA as well.

B3 is particularly useful in helping manage diabetics who tend to be deficient in all B vitamins due to stress.  I also often recommend B3/niacin, or niacinamide, to my patients to help lower LDL cholesterol that can harden into dangerous arterial plaques that may cause blockages.

In 2013, a researcher at the University of New South Wales found that high potency injections of NAD into lab animals caused something remarkable to happen.  They restored the efficiency of “communication” in the mitochondria – the cell’s center of energy production.

The transfer of energy in mitochondria is something that normally starts to degrade over time and can ignite the downhill process of aging.  The researchers found that the NAD injections restored this vital communication within the mitochondria, boosting its power and restoring function to its “younger” format.

To correlate into human terms, if the 2-year-old animals were 60-year-old people who received the NAD injections, they would have reverse-aged to that of 20-year-olds.  You may be thinking this has to be some fake “junk science” report, but I assure you it’s real.

The research results were published in the biological research journal, Cell. The NAD formula given the mice was then set to go on to human trials as early as this year, 2014.  If the formula worked as well as in humans,  the researchers wanted to start to market it to reverse diseases of aging, like diabetes, cancer and dementia.  If they can duplicate in humans what was seen in the 2-year-old lab animals, researchers felt that these conditions could become a thing of the past.

The researchers say that such a high potency NAD formula could allow you to live well past current estimated lifespan.  But, even just being able to live the last 20-30 years of your current lifespan in better health is also significant .  They also caution, however, that such a NAD formula for humans is still several years away and, right now, the cost could be about $50,000 per day.

So, you might be wondering, can’t I just take supplemental Vitamin B3 (niacin) and let it convert to NAD in my body on its own?  Well, yes you could.  It wouldn’t be the same formula and potency that the Harvard/USW researchers used, but you could boost your metabolism of energy taking B3 – especially if you’re deficient in it.

Yet, before you start taking B3/niacin on your own, be sure that you’re not already getting adequate B3 through your multiple vitamin or foods.  Many breads, cereals, etc, are fortified with niacin and other B vitamins now.  And don’t forget, many of the foods you eat, like fish, eggs, barley, green vegetables, beans, etc contain niacin.  In any case, I don’t feel that you should supplement more than 500 mg a day without a doctor’s supervision.

You should also know that some forms of niacin can have unpleasant side effects like flushing, itchy skin rash and/or gastric upsets.  Niacinamide is often a better tolerated form of B3/Niacin that doesn’t have these side effects.  It may also interfere with thyroid medication and may raise blood sugar levels.  It can also raise liver function tests as well.  That’s why I feel that you really should take niacin under the guidance of a physician to monitor these things.

You can also reap some quick anti-aging benefits of topical B3/niacinamide to your facial skin. It’s rejuvenating, anti-aging, anti-acne skin properties are well documented.  It helps retain moisture in your skin, fades dark age spots and helps firm sagging skin.  But, as with taking niacin/niacinamide orally, you should use caution if you have liver disease, gout, or if you drink a lot of alcohol.

Nearly 15 years into the new millennium, it’s inspiring to know that researchers may be able to pin down a natural formula that can help slow down aging and, possibly, reverse some age-associated diseases.  I’ll be looking for updates on the research status of this NAC formula and will pass them on to you.