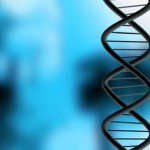 In an article published online on December 6, 2012 in the journal Science, Eric Verdin of the University of California, san Francisco and his associates report their finding of a mechanism via which a low carbohydrate, calorie restricted diet delays the effects of aging. This pattern of eating results in the production of ketone bodies that include beta-hydroxybutyrate (βOHB) which, when present in low levels, may help protect the body from the effects of damaging oxidative stress.

In experiments in human and animal cells, calorie restriction stimulated βOHB production, which blocked the activity of enzymes known as histone deacetylases (HDACs). These enzymes prevent the activation of two genes that boost cellular oxidative stress resistance. “Over the years, studies have found that restricting calories slows aging and increases longevity—however the mechanism of this effect has remained elusive” Dr Verdin stated. “Here, we find that βOHB—the body’s major source of energy during exercise or fasting—blocks a class of enzymes that would otherwise promote oxidative stress, thus protecting cells from aging.”

“This breakthrough also greatly advances our understanding of the underlying mechanism behind HDACs, which had already been known to be involved in aging and neurological disease,” noted coauthor Katerina Akassoglou, PhD. “The findings could be relevant for a wide range of neurological conditions, such as Alzheimer’s, Parkinson’s, autism and traumatic brain injury—diseases that afflict millions and for which there are few treatment options.”

“Identifying βOHB as a link between caloric restriction and protection from oxidative stress opens up a variety of new avenues to researchers for combating disease,” added lead author Tadahiro Shimazu. “In the future, we will continue to explore the role of βOHB—especially how it affects the body’s other organs, such as the heart or brain—to confirm whether the compound’s protective effects can be applied throughout the body.”