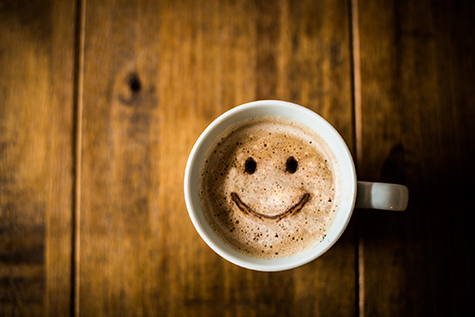 Caffeine consumption may prolong the lives in patients with chronic kidney disease, according to a study presented at ASN Kidney Week 2017.

Coffee consumption has been linked to a longer life in the general population. To see if this holds true for individuals with chronic kidney disease (CKD), Miguel Bigotte Vieira, MD, of Centro Hospitalar Lisboa Norte, in Portugal, and his colleagues examined the association of caffeine consumption with mortality among 2,328 patients with CKD in a prospective US cohort, using the continuous National Health and Nutrition Examination Survey (NHANES) 1999– 2010.

The team found a dose-dependent inverse association between caffeine and all-cause mortality. Compared with those in the lowest quartile of caffeine consumption, those in the second, third, and highest quartiles had 12%, 22%, and 24% lower risks of dying.

“Our study showed a dose-dependent protective effect of caffeine consumption on mortality among patients with CKD. This association was independent of potential confounders including age, gender, race, annual family income, education level, estimated GFR [glomerular filtration rate], albumin/creatinine ratio, hypertension, smoking status, dyslipidemia, body mass index, previous cardiovascular events and diet: consumption of alcohol, carbohydrates, polyunsaturated fatty acids, and fibers,” says Vieira in a release. “These results suggest that advising patients with CKD to drink more caffeine may reduce their mortality. This would represent a simple, clinically beneficial, and inexpensive option, though this benefit should ideally be confirmed in a randomized clinical trial.”

Vieira stressed that this observational study cannot prove that caffeine reduces the risk of death in patients with CKD, but only suggests the possibility of such a protective effect.