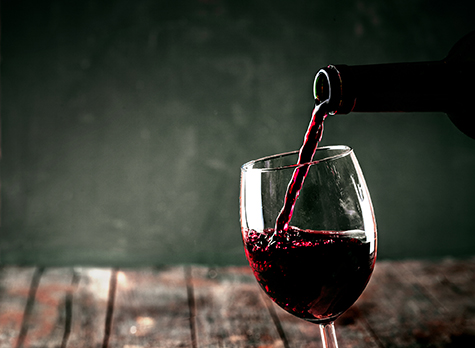 For many of my patients the word “aging” is a dirty word they would prefer to avoid.  In fact, statistics show that as the flower children of the 70’s become senior citizens they are healthier, and have more active lifestyles than previous generations.
New discoveries are continuing to increase life expectancy.  A hundred years ago, life expectancy was only about 47 years.  Today’s 50-something generation plans to live forever.  Although their visions of centenarian vitality may be a bit unrealistic, trends toward an energetic, vital and mentally vibrant living well past 100 has become a potential reality for some.

Aging is being redefined by both this new crop of aging adults coupled with promising scientific discoveries.  Researchers are learning that our body deteriorates from inflammation and free radical damage at the cell level of tissues in the body.  Aging is not a simple process of the body wearing out.  Instead, it is a series of declines and diseases closely linked to damaged cells.

Luckily, we have learned the best defense against this free radical damage is antioxidant supplementation. These antioxidant substances found in plants act as sponges to soak up free radicals and reduce inflammation.

One of the most promising compounds is resveratrol, the key antioxidant ingredient in red wine.  As we learn more about this naturally occurring polyphenol abundant in grapes, peanuts, cocoa and some berries, evidence is mounting that resveratrol can help us to live longer, with more vitality and less disease.  It is proving to be a powerful tool for intervening and reversing inflammation at the root of many chronic diseases.

Similar to the well documented beneficial effect of severe calorie restriction, resveratrol seems to affect the age-related expression of genes.  It switches the biochemical pathways toward tissue maintenance.  By enhancing tissue maintenance functions, it could extend life by reducing the degeneration of our bodies.

Although few studies have been done with humans, abundant clinical studies have been conducted with mice and other animals for several years.  These studies are pointing to some pretty remarkable benefits of this particular antioxidant.

Time after time animal studies indicate the profound supportive benefits of this protein molecule.  Some of the body functions that have been shown to improve are your:

A few years ago world famous cardiologist, Dr. Oz, told audiences about the value of resveratrol on Oprah’s national television show.  Since then, resveratrol has gotten lots of attention and supportive data consistently indicating that it can help blood flow through the arteries.

One of the tests we use to measure circulatory function is flow-mediated dilation (FMD).  It is a biomarker of overall cardiovascular health.  Using this measure, studies show that resveratrol supports the innermost lining of the coronary arteries.  This lining, called the endothelium, acts like Teflon to provide a slippery surface inside the blood vessels and keep the blood flowing properly.

When damaged by something like a free radical, the endothelium is unprotected and leads to the formation of plaque in the arteries.

Clinical FMD tests indicate that resveratrol protects this lining and increases the blood’s circulatory function.  You may be able to avoid the bypass surgery with the benefits of resveratrol.

This multi-functional molecule is also being shown to have neuro-protective effects.  Age is the greatest risk of losing cognitive function.  Experiencing diseases like Parkinson’s, Alzheimer’s and Huntington’s disease are a scary threat to many people and their families.  All of these diseases appear to have similarities on the sub-cellular level.

Resveratrol appears to protect the brain by maintaining the cerebral vascular system and reducing neural inflammation at the sub-cell level.  There is hope that resveratrol can defend the nerves from degeneration and help us to keep full brain function into our later years.

Lowering the risk of diabetes is another potential benefit of this super-antioxidant.  When free radicals battle pancreatic cells it leads to reduced levels of insulin and may ultimately lead to diabetes.  Resveratrol has been shown to improve insulin response by protecting the pancreas.

Chronic alcohol consumption can cause the liver to accumulate fat and lead to liver disease such as cirrhosis.  It has been estimated that in the United States about 25,000 people die with cirrhosis and half of them were related to alcohol.

Studies with mice clearly demonstrate a reduction in deaths due to alcohol when subjects are given resveratrol supplementation.  It also shows that fat accumulation in the liver from chronic alcohol consumption is reduced significantly.

Most health-conscious people are well aware of the benefits of antioxidants in maintaining a healthy lifestyle.  Fresh fruits and vegetables were once thought to provide adequate levels of precious antioxidants.  However, between the stresses of our lifestyle, the industrialization of our food supply and the condition of the soil it has become near impossible to get the antioxidant levels we need from food alone.

Science is still unraveling the mystery of how resveratrol may play a role in reversing the aging process.  Evidence is building for the addition of resveratrol to your routine of antioxidant supplementation.

The ability of resveratrol to prolong life is about much more than living more years.  It can actually improve our experience of life by boosting the body’s ability to maintain full function and allow us to remain vital, energetic and independent as we age.