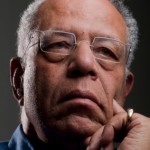 An article published online on August 31, 2012 in the Journal of Clinical Endocrinology and Metabolism, reports an association between lower levels of vitamin D and an increased risk of dying among African Americans and Caucasians over an 8.5 year period. While the risk of dying was greater among African-Americans compared to Caucasians, their vitamin D levels were lower, supporting the hypothesis that vitamin D insufficiency could account for their shorter average life span.

Stephen B. Kritchevsky, PhD of Wake Forest School of Medicine and his colleagues evaluated data from 2,638 men and women between 71 and 80 years of age. Parathyroid hormone and serum 25-hydroxyvitamin D levels were measured upon enrollment.

“We observed vitamin D insufficiency (defined as blood levels <20 ng/ml), in one third of our study participants. This was associated with nearly a 50 percent increase in the mortality rate in older adults,” stated Dr Kritchevsky. “We all know that good nutrition is important to overall health and our study adds to a growing body of literature that underscores the importance of vitamin D and indicates that poor vitamin D nutrition is wide-spread. The good news is it’s easy to improve vitamin D status either through increased skin exposure to sunlight or through diet or supplements.”