A Boomer’s Guide to Growing Younger 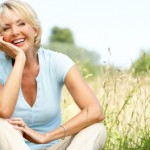 Almost exactly nine months after World War II ended, “the cry of the baby was heard across the land,” as historian Landon Jones later described the trend. More babies were born in 1946 than ever before. By 1964, there were 76.4 million “Baby Boomers” in the United States, making up almost 40 percent of the nation’s population. With the oldest of the Boomers turning 67 this year, the time for healthy living and diet is as important as ever.

Armed with new knowledge about what accelerates aging and disease, Baby Boomers will transform the way we view, experience and treat getting older according to Donna Gates, author of The Baby Boomer Diet. Understanding why we age will give us the knowledge we need to prevent aging and, just as important, to reverse the already existing signs of aging. Several leading theories of aging include: 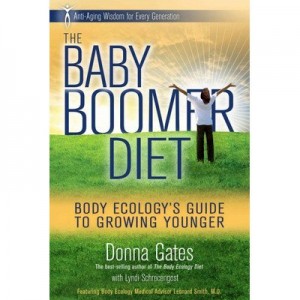 All the theories suggest that there is a correlation between what things you put into your body and how that affects the aging process. The Body Ecology system is about eating the right kinds of food the right way.  It involves many components, including food combining, minimal sugar in the form of organic fruits, and an 80-90% plant-based diet of organic vegetables. Over the course of 70 plus years on the planet, our bodies take in 20 to 25 tons of food. The gut lining is one of the most absorbent areas in the body. The gut lining recognizes what foods it likes and doesn’t like and whether food is friend or foe. High-quality food—rich in antioxidants, enzymes, and minerals, with the right kinds of natural carbs that are slowly absorbed—speaks to our genetic code in a way that keeps our bodies healthy and happy.

The principles of cleansing, the art of eating super foods — vegetables and the vitamins contained within them, anti-aging therapies that allow you to exercise properly and feel alive — are all described in the book to help Boomers live as long as possible.

The Baby Boomers were a generation that transformed our society. We look to them again to lead us through the changes of aging and allow them the pleasure of redefining  how we will live and age.