The Truth about Grains: My Top 30 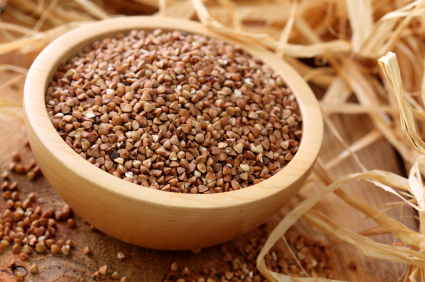 Eating whole foods is essential for optimum nutrition and is a significant anti-aging strategy. Eating whole grains—and foods made from them—is part of this strategy. Whole grains have more nutrients than refined grains. Ancient grains—such as emmer wheat (farro), einkorn, kamut (khorasan wheat), spelt, barley, rye, triticale, semolina, durum, and buckwheat—are far more nutrient dense than modern American high-yield wheat. They also contain far less gluten, so bread products made with these grains will be denser and chewier. That means they will fill you up, keep you satisfied for a longer period of time, and release their energy more evenly than refined white flour products will. Each of these grains has its own merits, but as a group, whole grains contain 3 key FoodTrients: omega-3 fatty acids for reducing inflammation, fiber for lowering cholesterol, and vitamin E for ensuring beautiful skin. They also contain vitamin B6 and tryptophan, a mood enhancer. And unlike simple carbohydrates, these whole grains contain D-chiro-inositol, which decreases blood-sugar levels.

Emmer wheat, often referred to as farro—especially in Italy—is an older form of wheat similar to einkorn and kamut (Kamut is the brand name for organic khorasan wheat.) These ancient wheats have a different number of chromosomes than modern wheat, making them more digestible and better for us. Farro has been found to stimulate the immune system. It also has a good amount of magnesium, which helps to lower blood pressure and build muscle. Einkorn contains the FoodTrient lutein, which helps promote eye health. Spelt is a modern wheat with 42 chromosomes, but it’s a heritage breed so it’s not been genetically modified in any way. It has less gluten than high-yield wheat so it doesn’t rise as high and can be substituted for all-purpose or whole-wheat flour in a one-to-one ratio. 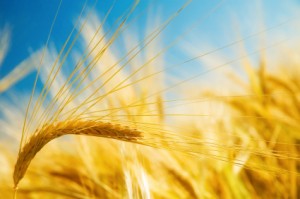 Barley contains the FoodTrient selenium, which aids skin elasticity and reduces your risk of cancer. Barley and other grains can be malted or sprouted in order to make their nutrients more bio-available. Rye and triticale—a wheat-rye blend—are high in antioxidants and grown in colder climates such as Scandinavia, Poland, and Russia. Buckwheat—used to make soba noodles—is rich in rutin, which can tighten up varicose veins (see my recipes for Green Tea Noodles with Edamame, which uses soba noodles, and Buckwheat Crepes, which is in my cookbook, FoodTrients: Age-Defying Recipes for a Sustainable Life). Semolina and durum wheat are ancient grains still in cultivation in Europe today. They are used to make pasta, so this is one carb that you don’t have to avoid like the plague. Freekah is wheat that is toasted while still green, which creates its unique flavor.

Here’s one caveat: if you’re allergic to the gluten in wheat (i.e., you have celiac disease), eating whole-grain wheat is not healthy for you. Focus instead on gluten-free grains, such as corn, brown rice, wild rice, quinoa, millet, teff, oats, amaranth, and sorghum. Corn will raise your blood sugar faster than these other grains, so some nutritionists caution against eating too much of it. Brown rice has far more vitamins and minerals than white rice and can be used in its place perfectly. I substitute white rice with brown rice in my recipes, even adapting a classic Asian chicken soup recipe, Cornish Game Hen and Brown Rice Stew, for my cookbook. Wild rice is really a grass so it’s high in antioxidants, protein, and niacin. It also contains the FoodTrient zinc, which is critical to immune and thyroid function. Because of its tough texture, wild rice should be used sparingly or mixed with real grains such as brown jasmine rice.

Quinoa is a complete protein that contains all nine essential amino acids. Millet, another grass, is a classification of a few different small, round, seed-like grains. It’s often used in birdseed in America, but in India they use it to make roti flatbread. Millet can be used in pilaf or couscous dishes or even popped like corn. Teff is made into injera flatbread in Ethiopia. It’s a kind of millet with lots of iron and calcium. Oats are a delicious staple of American life that can help lower cholesterol. Tiny amaranth kernels are a pseudo-grain like quinoa and buckwheat, which means they are sources of complete protein. Sorghum is an African grain with powerful cholesterol-lowering properties. It’s usually ground and used in gluten-free products.

I’m including seeds, such as flaxseeds, hemp, and chia seeds, in this category because they also have high amounts of omega-3s and can sometimes work in recipes like grains. Flaxseeds must be ground or at least chewed very thoroughly in order to be digested. Hemp seeds are complete proteins that don’t contain any mind-altering substances. Chia seeds, which reduce blood-sugar levels, can be soaked in water to activate their gelatinous covering and then added to drinks. I’ve created delicious recipes with all these seeds, such as Meatloaf with Flaxseed, Blueberry Hemp-Milk Smoothies, and Chia Frescas and Chia See Treat (available in my cookbook). Other seeds, such as sunflower seeds, pepitas, and sesame seeds, can easily be added to whole-grain breads and bring more omega-3s to the table.

Here are my top 30 grains for defying aging with every bite: