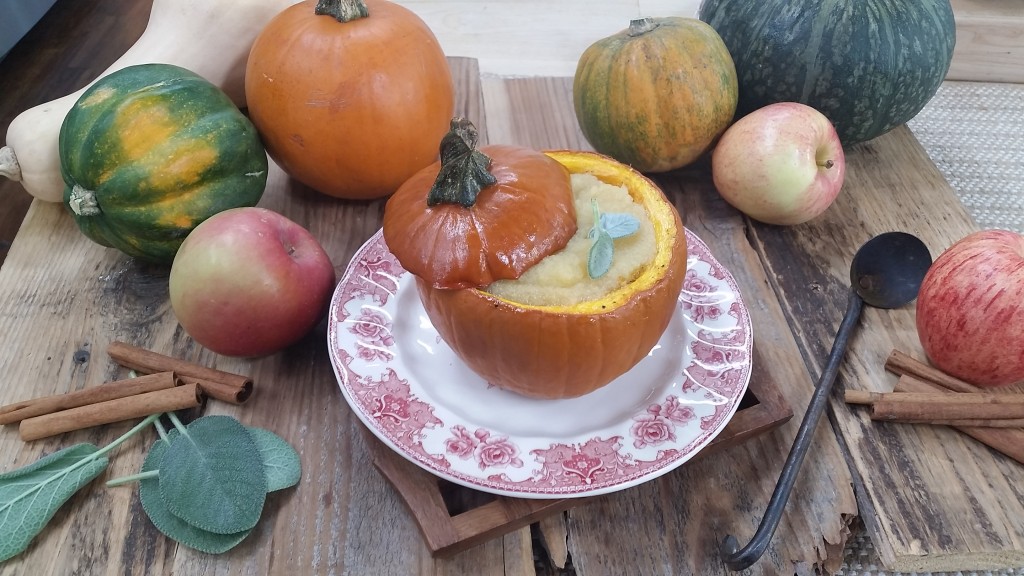 Even living in sunny California during fall and winter when the days are shorter and a little bit chilly, I like to prepare hearty, cool-weather produce that also happens to fall into the “superfoods” category. On the top of my list is pumpkin. Their many disease fighting and anti-aging properties make them a perfect go-to food during the cold, dark winter months.

You may only associate pumpkins with Halloween, but fresh pumpkins are available from October through February. Pumpkins contain cucurbitacin, a steroid-like anti-inflammatory compound that may inhibit cancer cells. They are also loaded with carotenoids, which enhance the appearance of your skin and are converted in the body into immune-boosting Vitamin A.

They also contain large amounts of potassium (33 percent more than a medium banana) and beta carotene without a boat-load of calories—49 per cup mashed. The high amounts of potassium in pumpkins works with sodium to balance the amount of water in the body. A diet high in potassium helps keep blood pressure at a healthy level and assists with the prevention of strokes. Pumpkins contain more than 2400 mcg of the carotenoids lutein and zeaxanthin, which are important for eye health.

On top of all of the healthy reasons to eat pumpkin, they are delicious, and this is a great time of year for them. Sugar pumpkins are mostly used in the fall months, which is a shame because they are the best variety of pumpkin to cook with and are available well through winter. Their flesh is less stringy and watery than the larger jack-o-lantern pumpkins. I like to roast them for a nice holiday side dish, too.

My Stuffed Sugar Pumpkins are delicious and fun to serve any time. They were featured on the Hallmark Channel’s Home and Family show this week when Golden Door Chef Greg Frey discussed pumpkins and made the recipe. The Stuffed Sugar Pumpkin recipe is featured below and in my Age Beautifully Cookbook. 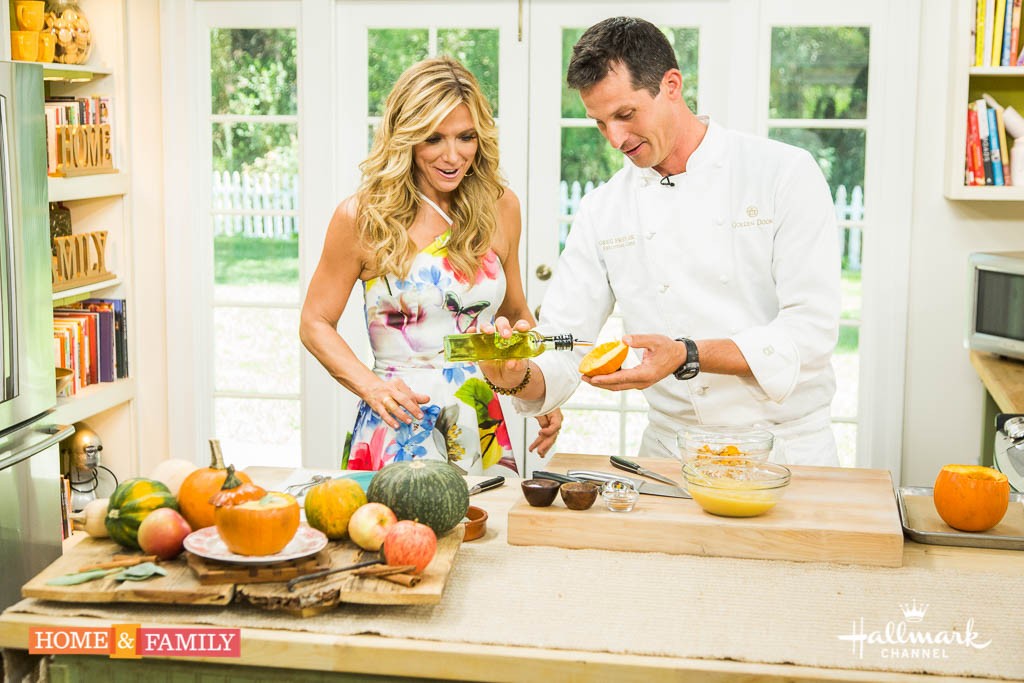 The Golden Door’s General Manager, Kathy Van Ness, wrote the forward to the Age Beautifully Cookbook. Grace O and the FoodTrients team hosted a panel along with Chef Greg for guests at the Golden Door last fall.

“Both FoodTrients® and the Golden Door have complementary passions and purposes regarding how to live a nutritious life. Both originally were rooted in Asian culture and now have expanded to include the best ingredients and influences from around the world,” says Van Ness.  “Being conscious of what you eat is a critical first step to aging beautifully. Grace O understands how critical this first step is, and we are delighted to support FoodTrients at the Golden Door.” 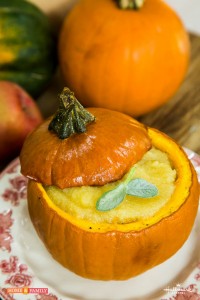