Ramp Up Flavor With This Guide to Good-for-You Grains 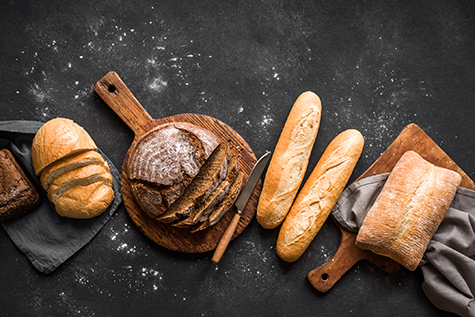 Cultivating grains is what changed our Neolithic ancestors from hunter-gatherers to an agrarian society about 10,000 years ago. In the grass family of plants, grains are a part of the human diet all over the world, providing complex carbohydrates, protein, vitamins, and minerals. I’ve put together a list of grains, some of which you may have heard of and some that may be completely new to you. Among them are ancient grains that people are rediscovering and incorporating into meals in creative and tasty ways. Characteristically, these grains are unrefined, have a firmer texture and more flavor than highly processed cereal grains. 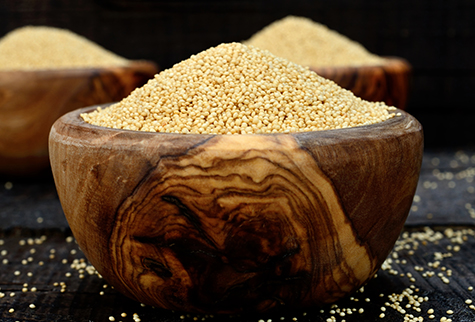 Amaranth – This nutrient-packed grain has been cultivated for over 8,000 years and is gluten-free. One cup of amaranth contains 9gm of protein and 91 percent of the DV for manganese, which helps with protein and amino acid digestion and utilization, as well as the metabolism of cholesterol and carbohydrates. The green leaves and stalks have a slightly sweet flavor and can be used in cooking or salads. The seeds and flour can be found in natural food stores and some Caribbean and Asian markets. 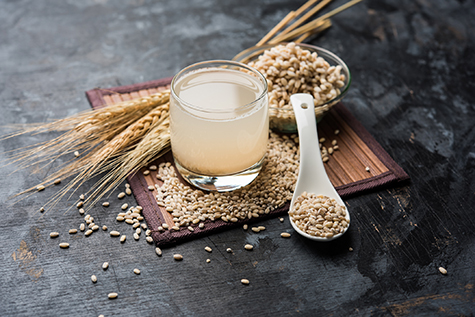 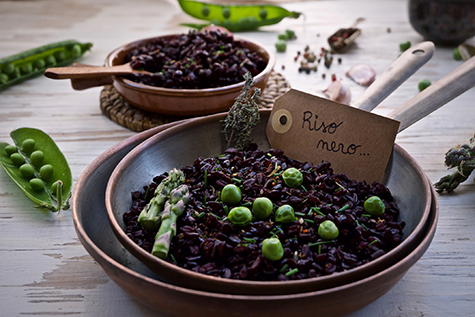 Black Rice – When cooked, this rice turns a stunning purple. Like other naturally purple/blue foods, black rice is a good source of the antioxidant anthocyanin, which helps protect from cardiovascular disease and has cancer-fighting and antimicrobial properties. It has a nutty flavor like brown rice, and Chinese black rice is mildly sweet, fruity, and floral, fit for the Emperor, which is why it’s also known as “forbidden rice.” Black rice is gluten-free. 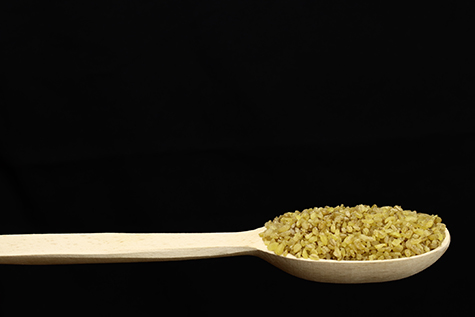 Bulger – Also known as cracked wheat, bulger is a staple grain in the Middle East. It contains a good amount of protein, manganese, magnesium, and copper. Its nutty taste and quick-cooking properties (it’s usually sold parboiled) make it a great alternative to rice. You are probably familiar with tabouli salad made with bulger, parsley, garlic, and lemon juice. It’s also great warm as a pilaf with sauteed mushrooms, onions, and nuts. Sorry, bulger is made from wheat, so it’s not gluten-free. 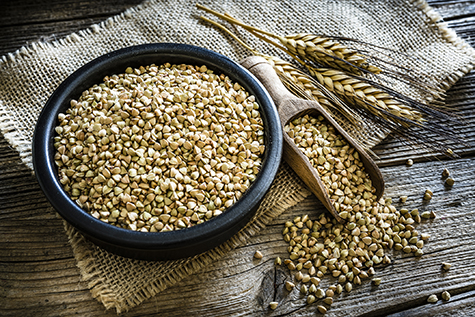 Buckwheat – Despite the name, buckwheat is a gluten-free ancient grain native to Russia. Commonly thought of as a cereal, it’s actually an herb! The triangular seeds are ground into flour and have an assertively nutty taste that enhances pancakes, Russian blinis, and Japanese soba noodles. Buckwheat groats are the hulled, crushed kernels that are cooked like rice. A classic Eastern European dish made with buckwheat groats is kasha (buckwheat) varnishkes (bowtie pasta). Buckwheat is a natural source of antioxidants as well as a good source of manganese, magnesium, and fiber. 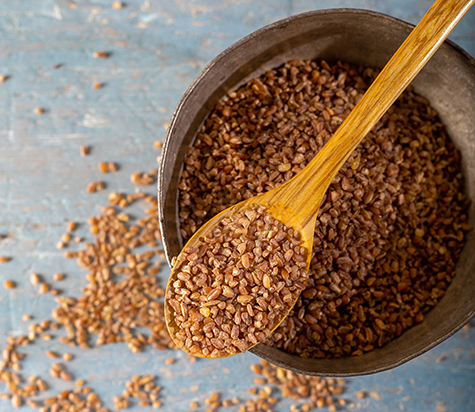 Einkorn — This is an ancient ancestor of modern wheat, which was first cultivated in 8,000 BC in what is now Turkey. The grain provides more protein than modern wheat and is considered more nutritious. It contains gluten, but the structure makes it less toxic to those with gluten intolerance. Einkorn wheat once grew wild around the world but, like many other heirloom grains, it was weeded out as farmers cultivated modern crops with bigger yields. This ancient grain is prized for its high level of antioxidant vitamins including beta carotene, lutein, riboflavin, and vitamin A. Unlike many modern wheat varieties, einkorn is non-GMO. It can be found in natural product food stores and online. 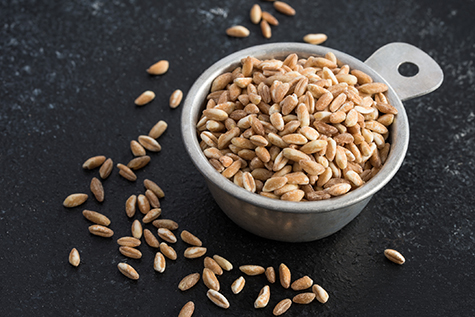 Farro — Originally from Ancient Mesopotamia, farro describes any one of three ancient wheat grains: einkorn, emmer or spelt. In the United States and Europe, the term farro generally refers to emmer wheat. Emmer was the primary grain cultivated by the ancient Egyptians, and the occupying Romans used it as a staple to feed their troops. A quarter cup contains six grams of protein, similar to quinoa but higher than brown rice and whole grain wheat. None of the three wheat varieties known as farro is gluten-free. 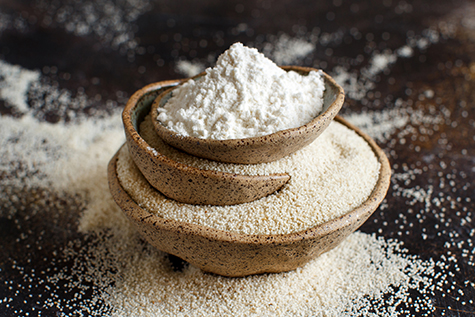 Fonio — An ancient grain that’s been cultivated in West Africa for thousands of years, it’s the color and texture of beach sand. The plant itself is extremely drought-tolerant and sustainable. Fonio is known as “The Seed of the Universe, the grain at the root of all existence.” A half cup (cooked) serving provides 170 calories, 4 gm of fiber, 2 gm of protein, is a good source of iron and zinc, and is high in amino acids such as methionine and cystine. Methionine is thought to help with growth and repair of the body’s tissues, while cystine assists with the body’s natural detoxification processes. Fast-cooking and nutty, fonio can be used in salads and side dishes like couscous. Fonio is gluten-free. 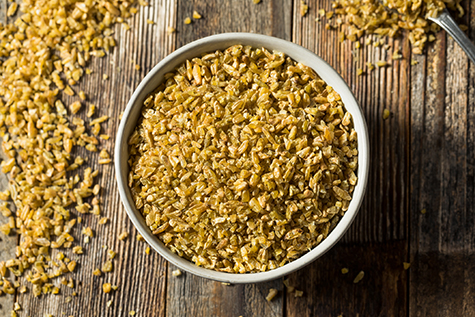 Freekeh – A staple of Middle Eastern cuisine, freekeh is made from green durum wheat and provides a variety of nutrients and powerful carotenoid compounds including lutein and zeaxanthin, which contribute to eye health. It has an earthy, nutty taste and a chewy texture like brown rice. It’s an excellent addition to soups, stews, and salads. Though hard to find in grocery stores, you can order online or look for it in Middle Eastern markets. Those with celiac beware: it contains gluten like other wheat varieties. 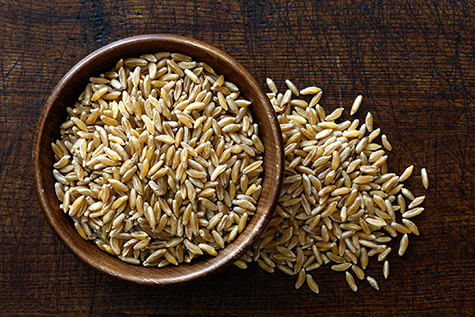 Khorasan Wheat (Kamut) – Considered the “great grandfather of grains,” kamut is a high-protein wheat variety first cultivated in Egypt. Unlike most commercial wheats, kamut has never been hybridized and the kernels are twice the size of wheat varieties known in the West. It not only has a distinctively nutty flavor but is more nutrient dense than modern wheat with 10gm of protein, 30 percent of the DV for fiber, 100 percent of the DV for selenium, and 29 percent of the DV for zinc, which helps the immune system fight off invading bacteria and viruses. Zinc is also needed for the body to make proteins and DNA, the genetic material of cells. Kamut also helps by reducing blood sugar levels and LDL (bad) cholesterol. Nutty and chewy, it adds great taste and texture to soups and casseroles. It contains gluten, so it’s not for the gluten intolerant. 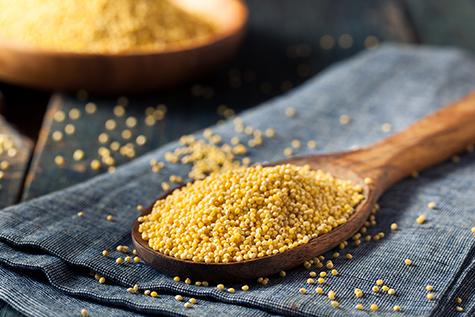 Millet – Bird lovers will know this as the basis for high-quality bird seed, but for almost a third of the planet, it’s a staple grain, particularly in Asia and Africa. There are many varieties of millet and all are high in protein with generous amounts of manganese, magnesium, and thiamin (vitamin B12). It also contains nutrients that lower inflammation, reduce the risk of heart disease, and help control blood sugar. Millet is versatile and gluten-free. People enjoy it as a hot cereal for breakfast, and as a substitute for rice, couscous, or quinoa. 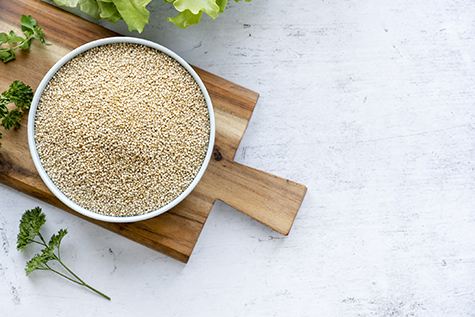 Quinoa – This ancient grain from South America has been having a moment in the U.S. for a number of years now. That’s because it’s gluten-free and contains complete proteins, meaning they include all eight amino acids, making quinoa an outstanding plant-based source of protein. It’s higher in unsaturated fats and lower in carbohydrates than most other grains. Quinoa contains antioxidants including quercetin and kaempferol, which in animal studies have shown to have anti-inflammatory and anti-cancer properties. It cooks faster than rice and expands to quadruple its original volume. It’s great as a protein-rich salad with diced bell peppers and black beans and as a base for bowls with chicken, eggs, and vegetables. 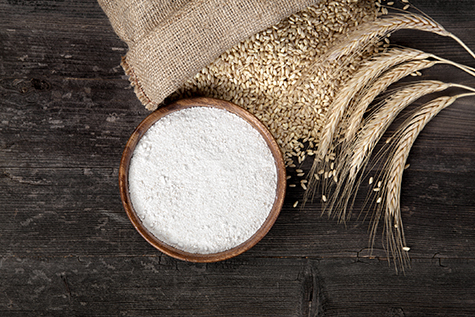 Rye – A member of the wheat family, rye contains more minerals and vitamins and fewer carbs than common wheat varieties. Rye is high in fiber, so it contributes to reducing certain diseases such as breast and colorectal cancers. Used in baking, 100 percent rye flour won’t result in a well-risen loaf on its own, so it’s often combined with all-purpose or whole wheat flour. Rye flour gives artisan sour dough loaves their dense, chewy character. It is not gluten free. 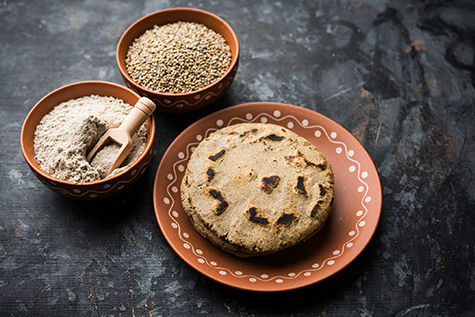 Sorghum – One of the most widely consumed grains in the world, sorghum is one of the top cereal crops produced in the U.S., with most of it going to animal feed. Around the world, it’s consumed because it’s a nutritional powerhouse that’s high in vitamins and minerals (manganese, magnesium, copper, and selenium) and a good source of powerful polyphenol plant compounds, including anthocyanins and phenolic acids, which function as antioxidants that neutralize free-radicals and reduce cell damage. Sorghum has a mild flavor and is naturally gluten-free, so can be ground into flour for a variety of baked goods that can be enjoyed by those with gluten intolerance. 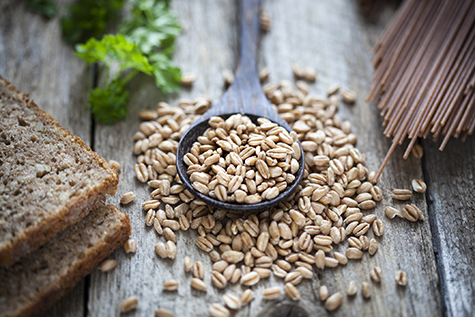 Spelt – Native to Southern and Eastern Europe, spelt is an ancient cereal grain with a mellow, nutty taste. Easily digestible and highly nutritious, spelt has a higher protein content than wheat but it does contain gluten, so those with sensitivities should proceed with caution. Spelt is an excellent addition to wheat flour, adding fiber, vitamins, and minerals to breads and other hearty baked goods. 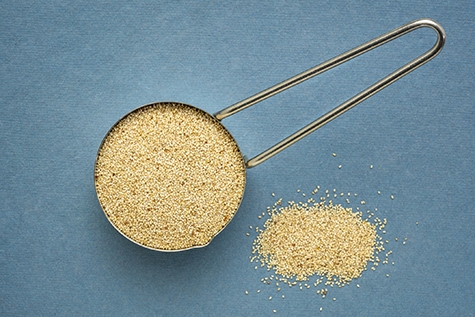 Teff – A tiny grain, teff is native to North Africa, where in Ethiopia it’s a staple. Now grown in the U.S., mostly in Idaho, teff is valued for its nutrient density. It contains good amounts of protein, complex carbohydrates, is a good source of calcium and iron and is one of the few grains that contains vitamin C. A study of pregnant Ethiopian women found that cases of anemia were extremely rare, due to their daily consumption of the grain. Teff can be used to make porridge, but its earthy, nutty, sweet flavor is particularly good added to baked goods, particularly those made with cocoa powder, mocha, and hazelnuts. It’s also gluten free.