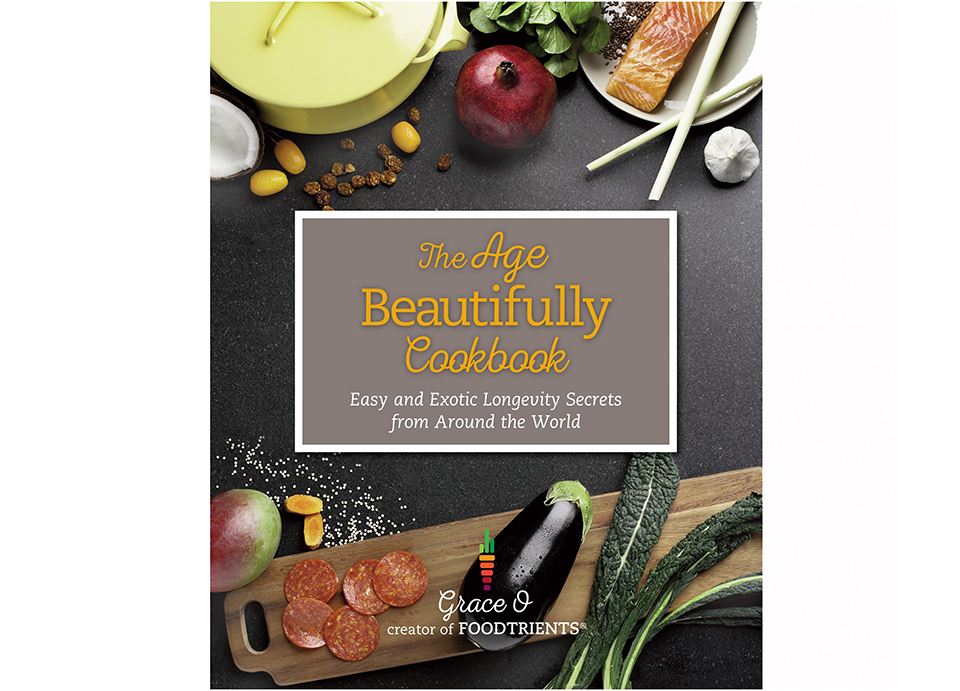 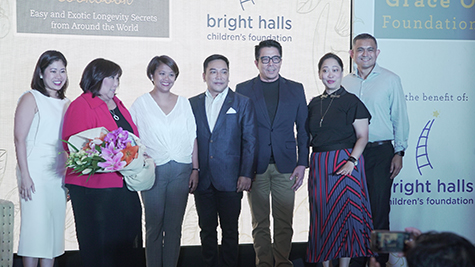 On September 13 at 3:00 p.m., a benefit and Foodtrients tasting event for Bright Halls Foundation was held at the City Club Ballroom in Alphaland Makati City.

Grace O (Ouano), the creator of FoodTrients, was honored to be invited back to her home city of Manila by the Bright Halls Children’s Foundation to launch her Age Beautifully Cookbook in the Philippines. Her cookbook, published by Skyhorse Publishing, is dedicated to age-defying and delicious recipes. The cookbook is the winner of numerous awards including Gourmand’s International “Best in the World” Award for Innovation, the Independent Publishers Gold Award, and IPA’s Better Living Award. Grace O was also delighted to donate all the proceeds from her launch event to Bright Halls, which cares for orphaned or abandoned children up to the age of three and prepares them for reuniting with their own family or joining a new one. Bright Halls was founded by Philippines Senator Nancy Binay. 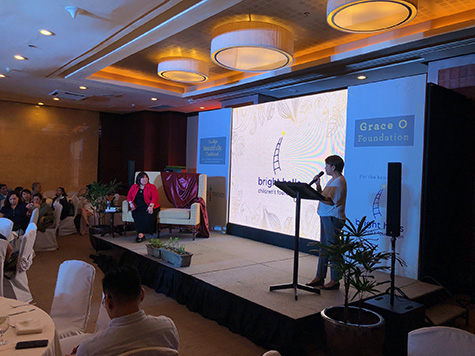 Hosted by the famous Filipino entertainment personality, Mike Lim, the launch event was attended by over 130 people who were interested in learning about the FoodTrients philosophy, the resources and information provided on the FoodTrients website and in Grace O’s cookbooks, and suggestions for incorporating some of Grace’s ideas into the general Filipino diet.

“People don’t have a choice when it comes to aging, but they can choose how they will age,” Grace O explained to her audience. “The foods they eat, exercise, and healthy habits can have dramatically positive effects on age-defying.”  Eating well doesn’t mean sacrificing foods people love or satisfying meals. During the presentation of FoodTrients and the unveiling of The Age Beautifully Cookbook, Grace O shared her journey, which started in Manila, to understanding how certain foods can help us all lead healthier lives. She explained that when she started having health issues, she began researching foods and supplements that have been proven to help heal our bodies. She then combined the information she had gathered into delicious recipes, using foods from around the world.

The Age Beautifully Cookbook is dedicated to bringing the science of aging out of the lab and into your kitchen. Since the publication of her first anti-aging cookbook, Grace O has identified eight categories of FoodTrients that are essential to age-defying and healthier living. Anti-inflammatory, Antioxidant, Disease Prevention, Immune Booster, Mind, Beauty, Strength, and Weight Loss. Designed logos represent each category and are indicated with every recipe along with summaries of the recipe’s healthful properties. FoodTrients can work like medicine. For example, garlic, contains allicin, which is an anti-inflammatory that reduces the risk of heart diseases, stroke and cancer. 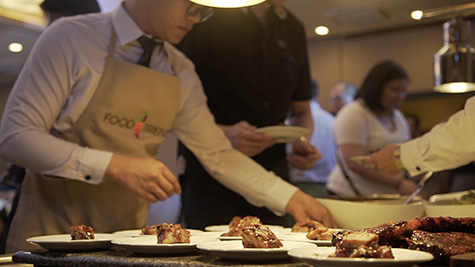 During the event a tasting was offered of several dishes from Grace O’s cookbooks, which were prepared under the guidance of Chef Polo Dellosa from Los Angeles and Chef Mark Biddle, who is the Executive Chef of Alphaland. For appetizers, raw, grilled vegetables with Moringa Dip, artichoke hearts, and Mangosteen Chutney, brie and cheddar cheese and assorted crackers were offered. The main dishes included Shrimp and Moringa Curry served with Coconut Lemongrass Rice, Baby Back Ribs with Baobab Sauce, Green Tea Noodles with Edamame, Wild Rice and Quinoa Salad, and Ashitaba/Gynura Procumbens Potato Salad. Two of Grace O’s favorite drinks accompanied the food: Chia Frescas and Mint Agave Tonic. To top off these delicious offerings, two desserts on the tasting menu were hits as well: Baobab Butter Squares and Prune Walnut Bars. By the end of the four-hour event, all of the tasting items were enjoyed by all the guests! 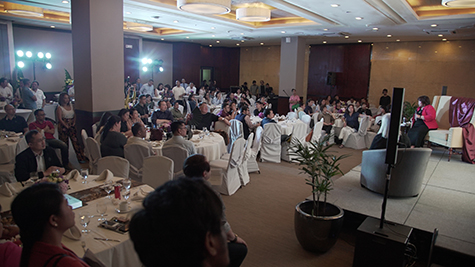 At the end of the presentation the audience was encouraged to ask Grace O questions about FoodTrients, which were often about how the basic Filipino diet could be made more healthful. Before the event ended, Grace O autographed books for all the attendees who had been inspired by her presentation to purchase her cookbooks.

Senator Binay closed the event by thanking everyone for attending and supporting not only Grace O’s cookbook launch, but also her Bright Halls Foundation. Everyone agreed the event was a complete success!

Both of Grace O’s cookbooks – The Age Beautifully Cookbook and The Age Gracefully Cookbook – are available on Amazon and BarnesandNoble.com. In the Philippines, the cookbooks can be ordered through Bright Hall’s Facebook page, or by calling 09175928805 or by emailing: brighthallsorphanage@gmail.com