Baobab: Let Me Be Your Sweet Tart Superfood! 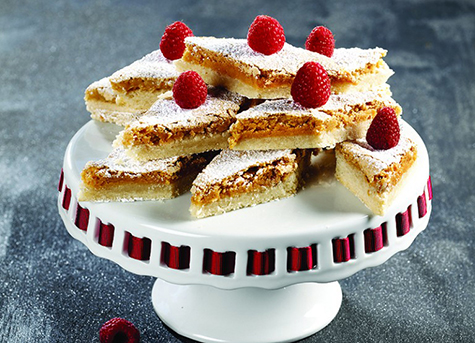 When I first saw pictures of the baobab tree, I thought I was looking at an extraterrestrial landscape. About 60 feet tall with fat trunks and at the very top, branches that are bare for nine months of the year, the baobab looks like a regular tree that has been jammed into the ground upside-down with the roots sticking up in the air. The baobab tree is a native of 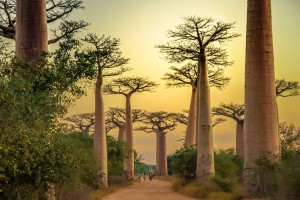 arid regions of Africa, Madagascar, India and Australia and its knack for survival in extreme conditions along with the highly nutritious fruit that it bears have earned it the nickname, “Tree of Life.”

When I first started looking for a U.S. source for baobab four years ago, the market was quite limited, but I was sent several bags of Baobest’s Organic Baobab Powder so I could create recipes for my Age Beautifully Cookbook. The more I looked into the benefits of baobab, the more excited I was to create recipes with the powder. My Baobab Butter Bars are one of my favorites, and I serve them often at parties and events. 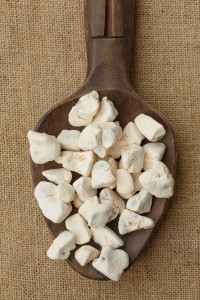 Today there are more than a dozen companies selling baobab powder on Amazon. The fruit looks almost like a velvet-covered yam dangling from the tree. Baobab is wild harvested and the inside of the fruit is dry and fibrous. According to the British Website, Aduna, “Baobab fruit contains fourteen essential vitamins and minerals. It is almost fifty percent fiber and has one of the highest antioxidant capacities of any fruit in the world. This gives it an amazing range of benefits, helping with energy, stress, immunity, metabolism and skin health.”

Besides being an excellent source of vitamin C, baobab fruit contains a healthy dose of B vitamins, calcium and potassium. It is a rich source of polyphenols, known to be beneficial in reducing the glycemic response, which is the rate at which sugar is released into the bloodstream. This is good news for maintaining consistent blood sugar levels, which helps avoid the highs and lows you feel when you eat too many refined carbs. This super food powder is organic and minimally processed by simply separating it from the seed. 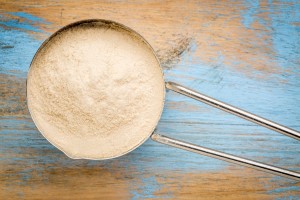 Baobab powder is highly versatile, mixing easily into any number of foods and beverages. It has a mildly tart taste that lends itself to boosting the nutritional value of fruit smoothies, yogurt, salsas, juices, soups, even pancakes, muffins and desserts. Try my recipe for Baobab Butter Squares (below), which are a twist on traditional lemon squares, but have the added bonus of antioxidants, fiber and vitamins from the baobab fruit.  I also created a recipe for Baby Back Ribs with Baobab Sauce, which I love to cook on the grill in the summer.