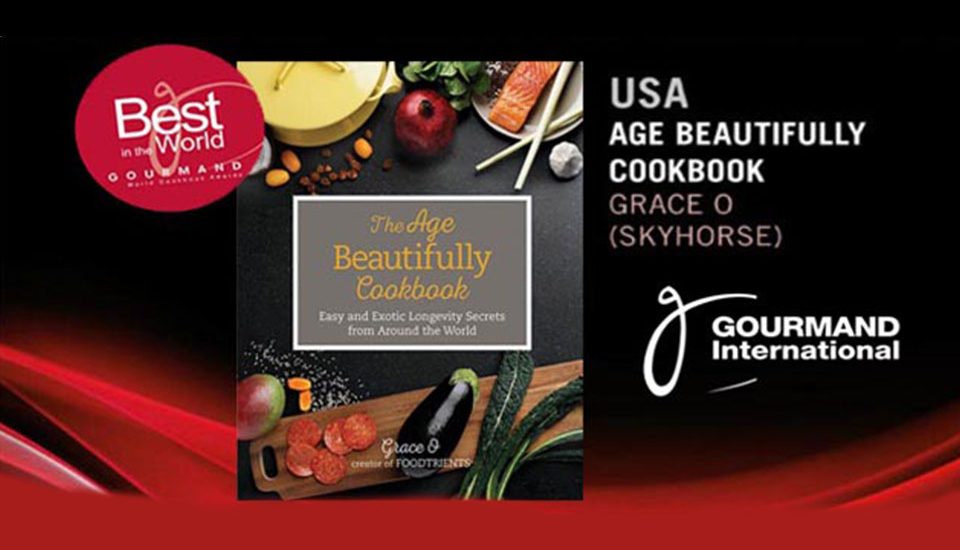 Grace O’s The Age Beautifully Cookbook was awarded the 2017 Gourmand World Cookbook Awards’ top honor — “Best in the World” – in the Innovative category on May 28 at Gourmand’s annual awards event in Yantai, China. 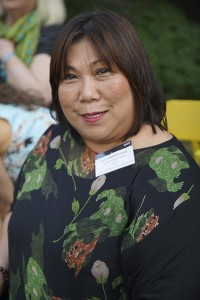 Grace O and members of the FoodTrients team traveled to China for the Awards ceremony and were thrilled when Age Beautifully was announced as the winner. Grace O, who was proud to accept the award, said, “It was two and half years in the making, but it has been a labor of love for good foods that can help us look and feel younger.”

The awards have been called the “Oscars” of the food world, and Grace O’s The Age Beautifully Cookbook: Easy and Exotic Longevity Secrets from Around the World won the U.S. National Award in the Innovative category earlier this year. The Cookbook then went on to compete with seven other countries for the Best in the World title in its category.

Gourmand Awards founder and event host Edouard Cointreau commented, “I urge foreign publishers to pay attention to this cookbook. It is timely, innovative and would do particularly well in the Asian market.” 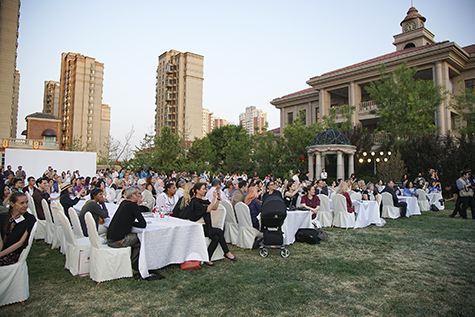 The four-day awards event in Yantai was attended by nearly 500 people from 59 countries, including cookbook authors and publishers. The cookbook themes ranged from single-subject books on garlic, cheese, chocolate and sandwiches, to national cuisines from around the world. Daily tastings and cooking demonstrations from international authors and chefs also highlighted the awards event. 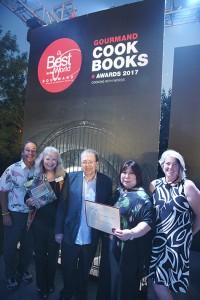 People don’t have a choice when it comes to aging, but they can choose HOW they will age – the foods they eat, exercise, and healthy habits can have dramatically positive effects on aging. That’s why Grace O created FoodTrients®, a website (FoodTrients.com) and cookbooks dedicated to great-tasting recipes that also deliver age-defying benefits.

Eating well doesn’t mean sacrificing the foods people love or satisfying meals. The Age Beautifully Cookbook provides over 100 easy-to-make recipes that promote health and well-being. The recipes are built on foundations of modern scientific research and ancient knowledge of medicinal herbs and natural ingredients from around the world. And consumers won’t believe how good they taste, too!

Since the publication of her first anti-aging cookbook, Grace O has identified eight categories of FoodTrients that are essential to age-defying and healthier living – Anti-inflammatory, Antioxidant, Disease Prevention, Immune Booster, Mind, Beauty, Strength, and Weight Loss. Specifically designed logos represent each category and are indicated with every recipe along with summaries of the recipe’s healthful properties.  These benefits show how specific foods, herbs, and spices in the recipes help keep skin looking younger, prevent the diseases of aging, and increase energy and vitality. By incorporating these properties in an everyday diet, people are more likely to look and feel younger, have more energy, and improve their mood and mind. 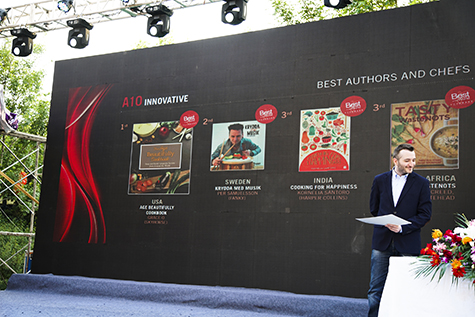 The cookbook also includes Grace O’s Feel-Good Formula for Longevity, Beauty and Wellness, and lists of the top age-fighting fruits, vegetables, grains, spices, and proteins. Plus, a guide to age-defying FoodTrients and their benefits, a list of ingredient resources, and menus for entertaining.

Who knew that the right foods in sufficient amounts could do so much good for your body? Now there is the science to prove it.

The Age Beautifully Cookbook is available in both hardcover and eBook online and at bookstores nationwide.