A Whole New World of Pastabilities 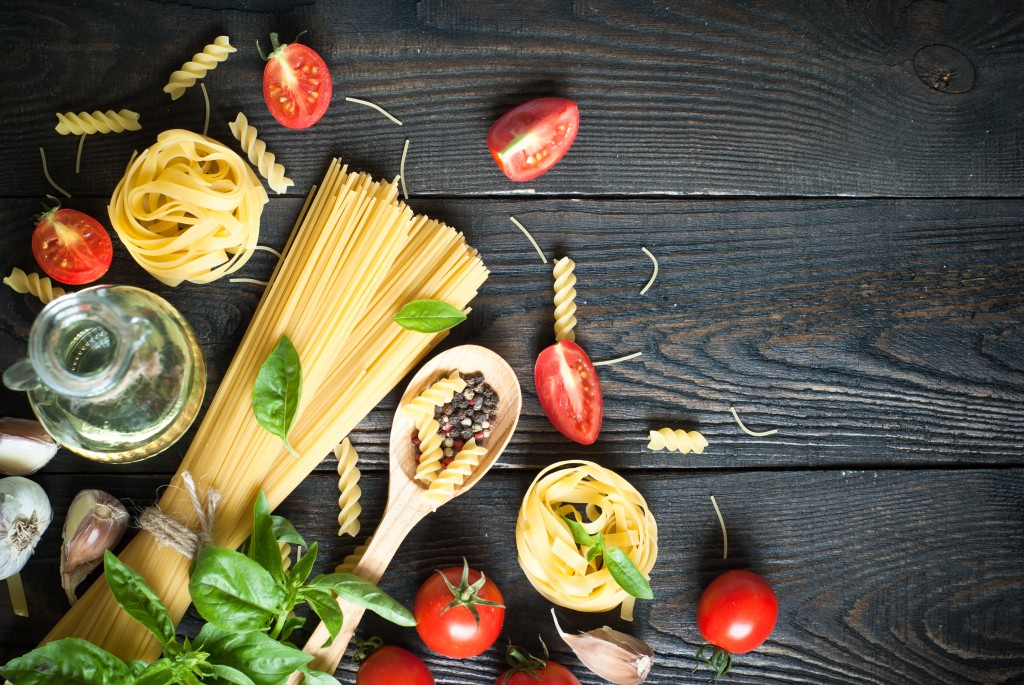 Fair or not, in the fight against carbs, pasta has gotten a bad rap lately. Yes, white pasta is relatively high in calories (200 per 2 oz. dry) and has modest nutritional value with about 2g of fiber and 7g of protein, but there are many alternative pastas that are better nutritional investments. And like the enriched macaroni products we’re most familiar with, they are all good canvases for a wide variety of toppings, flavors and textures. I won’t give up my noodles and with these alternatives, you won’t have to.

Switching to whole grain pasta provides a great source of B vitamins and fiber, which help reduce inflammation in the blood vessels. Make sure to cook grain pasta al dente to get the most benefit from slow absorption by the body and reducing blood sugar spikes associated with carbohydrates. Overcooking pasta raises its glycemic load. 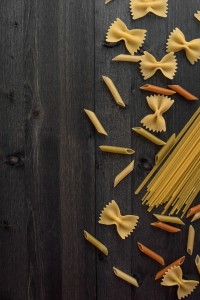 Whole wheat — With about three times as much fiber as semolina pasta, some traditional pasta die-hards don’t love it’s chewy texture and darker brown color. Personally, I enjoy the heartier texture, and it works well with strong ingredients like garlicky tomato sauce. A 2-oz. serving has as much protein as an egg and as much fiber as a small banana. Good whole wheat pasta brands include Barilla, DeBoles, which is organic, and American Beauty.

Brown rice — This pasta has a subtle, nutty flavor. Since it’s not made with wheat, it’s a good choice for those with gluten sensitivity. Be careful not to overcook, as the texture can become mushy. A 2-oz. serving contains as much fiber as a small apple and it works well with chunky sauces and soups. Lundberg Organic Rice Pasta is non GMO and widely available at Whole Foods, Target, Right Aid drug stores and Sprouts Farmers Markets. Trader Joe’s also carries their own brand of brown rice pasta.

Quinoa – Pasta made with quinoa is nutrient-rich and lower in carbohydrates than most grains. It also contains complete protein like in eggs and meat and provides a good amount of fiber. It looks and cooks like regular pasta. Quinoa pasta has a mild, buttery flavor that goes with just about anything. Ancient Harvest is a brand that’s organic, non-GMO and gluten-free. Most major supermarkets carry it, including Sprouts, Whole Foods, Ralph’s, Von’s, Target and Wal-Mart. 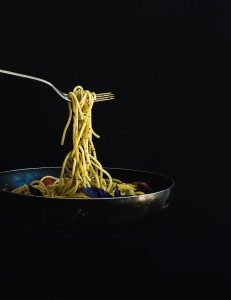 Spelt – Native to southern Europe, spelt is an ancient grain with a mellow, nutty flavor and more protein than regular pasta. Spelt is a cousin to wheat, so those with wheat allergies should be cautious. A 2-oz.serving has as much protein as an ounce of meat and as much fiber as a bowl of oatmeal. It goes well with strongly flavored sauces based on garlic and olive oil. A brand to look for is Vita Spelt which is available online and from Whole Foods.

For a change of pasta pace, try some of my favorite healthy Asian pastas:

Soba – A Japanese-style noodle made from buckwheat flour, 2 -oz. of soba noodles contain more fiber than a slice of whole wheat bread. Great as a base for stir-frys and cold salads with peanut- or soy-based sauces. Look for Dynasty, Eden and Banh Pho brands in regular, health food and ethnic markets. 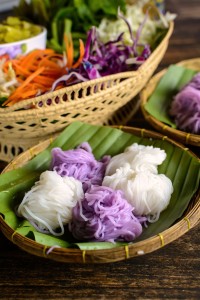 Udon – These are also of Japanese origin and are like thick spaghetti. Udon are made from wheat or corn flour and are mostly used in soups. A 2-oz. serving has approximately the same nutritional value as regular pasta– about 190 calories, 8g protein and 3g of fiber. Recommended brands include Hakubaku, Hime and Ka-Me, all available on Amazon, in Asian markets and frequently in the ethnic section of major grocery stores.

Rice noodles- Made with rice flour, water and sometimes tapioca, rice noodles are commonly sold as thin vermicelli or flat linguini style. These noodles have a neutral rice taste. Take care not to overcook so they don’t become mushy. The thin noodles are sometimes fried in hot oil where they puff up, then are used in salads or as a garnish. The flat noodles are ideal for salads and stir frys. Nutritionally, rice noodles are slightly lower in calories and have less fiber than regular pasta. They are also gluten free. Thai Kitchen brand is in supermarkets and Asian specialty brands are found in many markets and retailers.

Shirataki — Made from a root plant grown in many parts of Asia, shirataki is sometimes called the miracle noodle because it’s high in fiber and are extremely low in calories (about 15 per serving) and carbohydrates. These vegan noodles are also soy-free and gluten-free. According to some, they are also taste- and appeal-free, so be warned! Shirataki noodles are packed wet, so be sure to rinse them thoroughly. Try the House Foods brand or look for them at health food stores and Asian markets.

For a delicious and super healthful pasta dish, try my recipe for Green Tea Noodles with Edamame. It calls for soba or udon noodles, but you can successfully substitute whole wheat spaghetti. Green tea, with its powerful theaflavins and fresh ginger in the dressing are strong antioxidants with vigorous anti-inflammatory properties – heart-healthy additions to anyone’s diet. 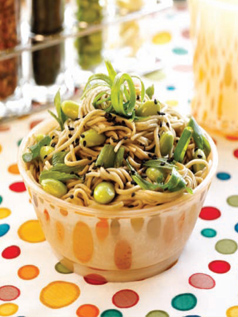 Certain vegetables lend themselves well as pasta replacements. By nature, vegetables are low in carbs and calories, high in fiber and contain valuable vitamins. The trick to creating vegetable pasta is to use a spiralizer. These machines can turn all sorts of produce into long shreds and cost from $20.00-$50.00. I saw a demonstration on You Tube showing how to use a julienne peeler which is available from Amazon for about $15.00. There are other tools to turn vegetables into long noodle shapes. Just talk to the pros at your local cookware shop such as Williams-Sonoma or Sur le Table.

Zucchini — Shredded with a peeler, zucchinis can make the perfect spaghetti replacement. They are rich in fiber which can lower cholesterol and is a lighter pasta option.  Zucchini contains anti-oxidant vitamin C, potassium, some folate and vitamin A. Zucchini’s mild flavor picks up the flavor of any sauce or topping you care to use.

Spaghetti squash — Gets its name from the inner flesh of a squash which when steamed and fluffed up with a fork, is very similar to strands of noodles. Spaghetti squash is high vitamins A and C, and magnesium and can protect your body against some forms of heart disease.

Cabbage – As a relative of broccoli, kale and cauliflower, this cruciferous vegetable can be shredded and used like pasta with various toppings. Cabbage is one of the healthiest foods known, loaded with vitamins C and K plus antioxidants choline, beta-carotene, lutein as well as anti-inflammatory flavonoids.

So, as you can see, there are plenty of tasty options to replace your standard white flour pasta. You’ll find as I did that many of these to be the perfect palette for your culinary creativity!